There was serious cause for panic yesterday after Boko Haram terrorists attacked the convoy of a northern governor. 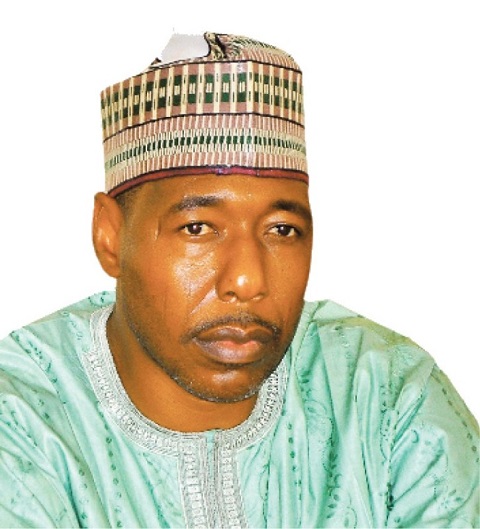 Borno State Governor, Babagana Zulum
Boko Haram terrorists opened fire on the convoy of Babagana Zulum, governor of Borno state, on Thursday night.
According to a report by TheCable, the insurgents attacked the convoy at Konduga while Gov. Zulum was returning from a trip to Bama local government area around 9 pm.
Zulum had visited Bayo, Kwaya Kusar, Askira Uba and Gwoza as part of his “familiarity and need assessment tour” of the 27 LGAs in the state.
“Luckily the governor, his commissioners and other vehicle in the convoy escaped unhurt but the last vehicle which is an army gun truck was pelted with bullets. Immediately after they fired at us, our men in collaboration with the armed personnel from the Federal Special Anti Robbery Squad(FSARS), quickly retaliated and thwarted the ambush,” the source said.
The attack on Zulum comes seven months after Kashim Shettima, Zulum’s successor was attacked by the terror group on his way to  Gamboru Ngala, still in Borno. 60 persons were reportedly killed in the incident while over 100 were kidnapped.
Top Stories