Another Nigerian activist has canceled his engagements in South Arica following the xenophobic attacks in that country. 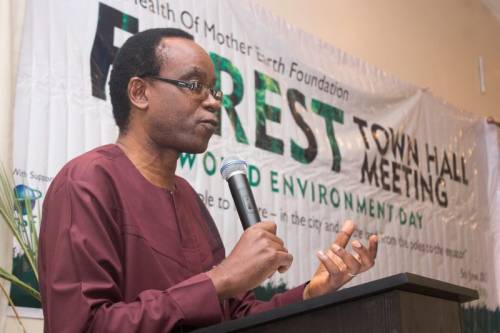 The cancellation was due to the ongoing xenophobic attacks in the country.

He was due to speak at a conference tagged, 'Financing the Future', which was scheduled to hold on September 10 and 11, 2019, in Cape Town.

Bassey, in a statement issued on Thursday, said, “The hate and the resultant violence against 'others' remind us of the dark apartheid days and appears to underscore the deep disruptions that swirl under the surface of a deeply unequal society.”

The activist added that the violence against Nigerians in South Africa should agitate the entire continent and that the African Union (AU) should urgently step up and play a role in realigning the mindsets of all Africans, irrespective of colour or location.

He noted further that it was time for the Nigerian government to draw the line and demand that leaders in South Africa make efforts to improve the lives of its citizens and get the nation to work rather than indulge in banditry and shedding of innocent blood.

While he condemned the horrible attacks, Bassey admonished Nigerians at home not vent their anger on South Africans and associated businesses in Nigeria, stating that two wrongs could not make a right.
Top Stories