Swedish Lawyer Who Represented US Rapper, ASAP Rocky, Shot In The Head And Chest


ASAP Rocky's lawyer has reportedly been shot in the head and chest as he was leaving his Swedish flat in Stockholm. 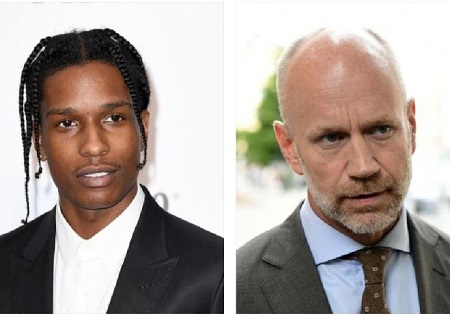 Henrik Olssen Lilja, the lawyer who represented A$AP Rocky in the rapper's recent assault trial in Sweden, was wounded in a shooting in Stockholm Friday morning.

Forbes and CBS News reported that Lilja was shot in the head and chest and was transported to the hospital, with his current condition unknown.

Carina Skagerlind, a spokesperson for the Stockholm police, told USA TODAY that one person was injured in the incident following a shooting this morning and is currently hospitalized with one additional person in custody. Skagerlind would not comment on whether Lilja was the figure injured in the shooting.

According to the Swedish Police Authority's website, several people were questioned in the shooting and an arrest was made.

Lilja initially represented Rocky in the case, but was later replaced by Slobodan Jovicic, who served as Rocky's defense lawyer during the trial.

Rocky – real name Rakim Mayers – was found guilty last month by a Swedish jury of assaulting 19-year-old Mustafa Jafari during a fight in Stockholm on June 30. The jury ruled Rocky will not serve any jail time for the crime. He was instead sentenced to "conditional sentences," indicating he could be sent to jail if he commits another similar crime in Sweden and was ordered to pay a fine of $1,307 (12,500 kronor).

"I am of course disappointed by today's verdict," Rocky wrote on Instagram following his sentencing. "Imma keep moving forward. Thank you to my team, my management, attorneys, label and everyone who advocated for justice."

The Swedish courts determined Rocky and his two bodyguards, David Rispers Jr. and Bladimir Corniel, were "not subject to a current or imminent criminal attack" and "were not in a situation where they were entitled to self-defense."

The 30-year-old rapper pleaded self-defense during his trial, claiming two men were harassing his entourage and that one of the men picked a fight with his bodyguard after he pleaded with them to stop following his group.

Meanwhile, prosecutors alleged that Rocky, Rispers Jr. and Corniel beat and kicked Jafari while he was on the ground during the brawl and hit him with parts of or a whole bottle.

Before the trial, Rocky, Rispers Jr. and Corniel served nearly a month behind bars before their release on Aug. 2, with President Donald Trump attempting to intervene on their behalf by contacting Swedish Prime Minister Stefan Lofven and offering to personally guarantee bail. While Lofven declined to get involved in the case, Trump later cheered the release of Rocky and his bodyguards.
Top Stories