Anohu is a member of the London Stock Exchange Africa Advisory Board. She has served as Director General of the National Pension Commission of Nigeria (PenCom) for five years. 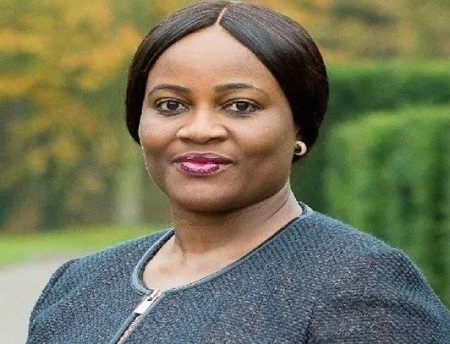 The appointment which took effect on the 1st of September was disclosed by the AfDB President Dr. Akinwunmi Adesina.

While speaking on the appointment, Adesina expressed his delight and enthusiasm that Anohu was joining the forum.

“Anohu is joining us as the Head, and Senior Director of Africa Investment Forum. Her can-do-attitude, leadership, hands-on experience in working with global pension funds and institutional investors and extensive global networks among institutional investors will significantly position and help the African Investment Forum to drive its global agenda to attract more investment to Africa,” he said.

Chinelo Anohu’s profile:
Anohu is a member of the London Stock Exchange Africa Advisory Board. She has served as Director General of the National Pension Commission of Nigeria (PenCom) for five years.

Under her leadership as Director General of PenCom, the number of pension contributors rose from 5 million to close to 8 million, while assets under management grew from $19.3 billion to a record $42 billion. She also introduced micro pension structures that created opportunities for informal sector workers to be included in the contributory pension scheme.

She also created the first ever World Pension Summit Africa, which was held in Africa three years in a row, and convened global financial experts across the pension industry.

Anuohu began her professional career as an Attorney with the global oil conglomerate, Chevron, Nigeria. She worked in legal and financial services firms in Nigeria and the United Kingdom before joining the Nigerian Bureau of Public Enterprises, the implementation agency for the reform and privatization of state-owned enterprises.

As a consultant assigned by the United States Agency for International Development (USAID), she helped to restructure and privatize the Nigerian Telecommunications Limited, Nicon Hilton Hotel and AfriBank, among several others.

Anuohu holds a Bachelor of Law Degree (LLB) from the University of Nigeria, Nsukka and a Master’s degree in Computer and Communications Law from the London School of Economics in 2000. She has studied at the Kennedy School of Government, Harvard University, USA and the Insead Business School, France.
Top Stories