According to social media jokes, many celebrity marriages don't last as much as Tiger batteries in recent times. 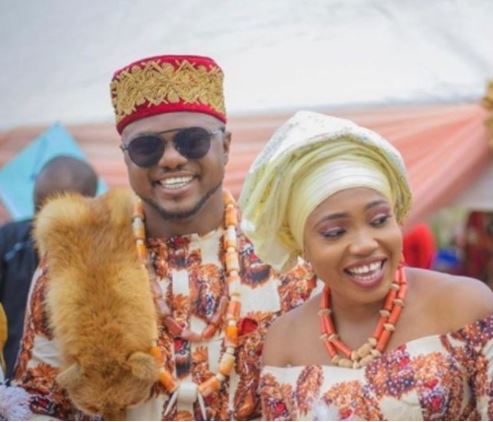 Ken Erics and Onyi Adaba
Ken Erics and his "estranged" wife, Onyi Adaba seem to be enmeshed in marital crisis as he reportedly abandoned his marriage for the past 10 months.
Onyi disclosed this while reacting to rumour of Blossom Chukwujekwu and Maureen Esisi's marriage ending on grounds of infidelity.
In an Instagram exchange with a follower, Onyi Adaba revealed that she has been subjected to pain and trauma for the past 10 months as her husband Ken Erics abandoned their marriage and moved out of their apartment.
She has also struck out her "Mrs" title, reverting to Miss Onyi Adaba.
The couple got married in Enugwu-Ukwu, Anambra State on the 28th of December 2017. The ceremony was attended by Ken Erics’ family, some colleagues from Nollywood and in the entertainment industry.
Top Stories