Teddy A and BamBam, who met and began their relationship of Big Brother Naija 'Double Wahala' in 2018, first announced their engagement on Aug. 4. 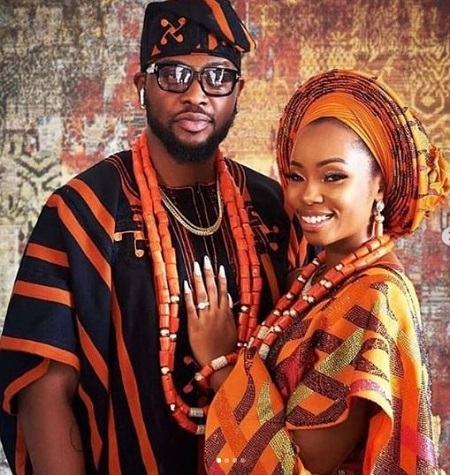 Teddy A and BamBam wed

Housemates of the 2018 Big Brother Naija reality TV show, Bamike Olawunmi aka BamBam and Tope Adenibuyan aka Teddy A are married.

Teddy A and BamBam, who met and began their relationship on Big Brother Naija ‘Double Wahala’ show in 2018, first announced their engagement on August 4.

Their colourful traditional wedding was also a reunion of sort for some of the ‘Double Wahala’ housemates who showed up in fashionable attires.

The traditional wedding, which took place at BamBam’s hometown, Ilaro, Ogun State, also had several celebrities across the entertainment industry in attendance. 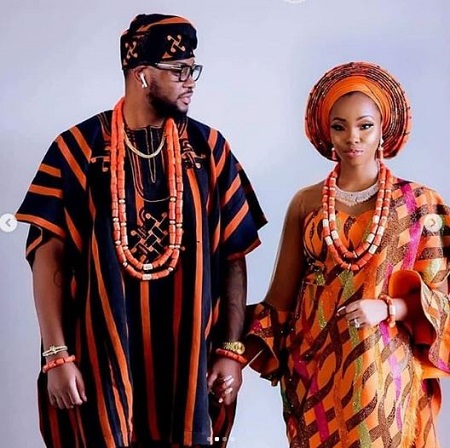 The couple, also known for their impeccable style, did not disappoint fans as they had at least three outfit changes for the ceremony.

NAN reports that the two reality stars began their relationship during their stint on BBnaija. They were paired together by Biggie and tagged ‘BamTeddy’.

While the relationship progressed during the show, they came under heavy criticism for having sex on national television. Some fans also expressed scepticism over the genuineness of the relationship.

However, they began to get more public support following their eviction from the show. Teddy A cried and stayed moody when BamBam was evicted. He was evicted the next day.

Once outside the house, they continued their relationship, expressing feelings for each other on social media and in interviews.

NAN reports that fans have continued to congratulate the couple on social media with the tag #BamTeddy2019 trending on Twitter.

Honestly love is a good thing. The moment TeddyA roll out his drum for bambam. The babe danced like Queen Esther ðŸ˜€. #bamteddy #bamteddy2019. TeddyA is a professional drummer ooooo. Anything for love sha ðŸ˜€