The Command's Public Relations Officer, Chidi Nwabuzor, confirmed the recovery of the lecturer's official car to the News Agency of Nigeria on the telephone. 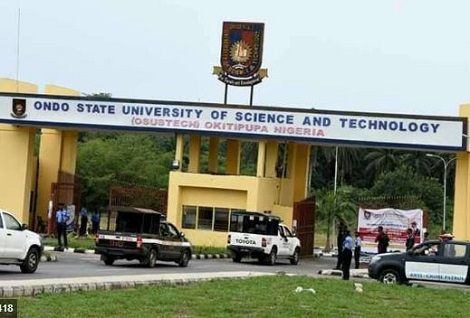 The Edo State Police Command on Saturday said it had recovered the official car of Prof Gideon Okedayo, a lecturer with the Ondo State University of Science and Technology, Okitipupa who was kidnapped on Thursday.

The News Agency of Nigeria reports that the lecturer was kidnapped along with his driver in his official car, a Toyota Corolla marked 06X 47 OD, at Akoko junction on Auchi-Igara road while going to his hometown in Igara in Edo state.

The abducted lecturer’s driver, Mr Sunday Omonigbo, who was later released by the gunmen after a deep cutlass cut in his right hand, reported the case at the Igara Police Division.

The Command’s Public Relations Officer, Chidi Nwabuzor, confirmed the recovery of the lecturer’s official car to the News Agency of Nigeria on the telephone.

He also said efforts were being made to ensure that the lecturer regain freedom from his abductors, promising to keep the press abreast of further developments.

“We have recovered the Professor’s official car, but we are still searching for him and we will ensure the press are informed of further developments,” Nwabuzor, a deputy superintendent of police said.

Meanwhile, one of the family members of the kidnapped lecturer who did not want his name in print, also told NAN on the telephone on Saturday afternoon that his (the lecturer)  whereabouts were still unknown.

The relative said that the abductors had yet to call the family to ask for any ransom. He prayed that Okedayo would be released.

“The abductors are yet to call the family for any ransom and his whereabouts are unknown right now, we urge the police to step up their investigations so that he can be released unhurt,” the anonymous speaker said.

Okedayo is a lecturer in the Department of Mathematical Sciences and an Acting Dean, School of Postgraduate Studies, OSUSTECH in Okitipupa.
Top Stories