Horror: Man Accidentally Kills Himself While Trying To Shoot A Target


It has been reported that a man has accidentally killed himself while he was trying to shoot a target. 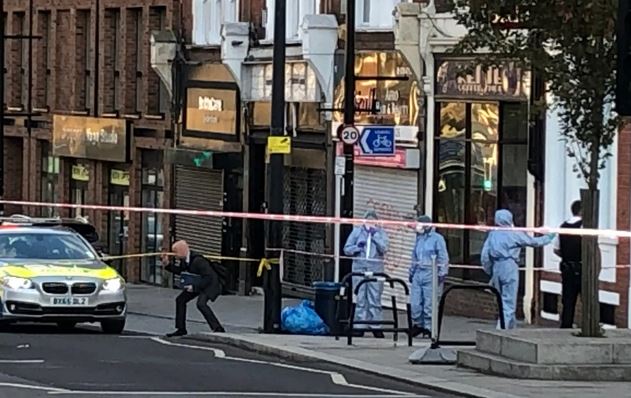 According to The Telegraph, the police said it responded to reports of suspicious activity in Sydenham Road at 3.45pm on Sunday, with firearms officers being summoned after shots were heard.

The victim, in his twenties, died at the scene at 3.50pm, police said.

Witnesses in the area told the PA news agency that they had heard reports the man had accidentally shot himself.

Forensic teams could be seen photographing the scene in nearby Venner Road, where the body was still lying three hours later.

A 56-year-old woman living on Venner Road said: "He came to shoot someone else, but he ended up shooting himself.

"After it happened, the boy he came to shoot stood there filming him."

She said she had been stuck inside the police cordon for three hours since the shooting.

"He's been there for three hours covered by a sheet. No mum, no dad. It's really sad," she said.

She said she had lived in Sydenham for 25 years and there had been very few incidents.

"It's a nice little area this. It's up and coming," she said.

Two men drinking in a nearby pub heard one gunshot, but believed it to be a car backfiring.

They said they had not heard any commotion before or after the shot.

One man, who did not want to be named, said: "We've heard three or four different stories - we've heard it was a guy on a moped, someone in a car and then that the (victim) did it to himself."

Adam Cornish, 37, who lives close to the scene, said the area had been largely unaffected by rising levels of violence elsewhere in the capital.

Mr Cornish, who has a two-year-old daughter, said: "I've lived here for five-and-a-half years - you get a few idiots driving up and down too fast but nothing like this."

A shopkeeper on the high street also told PA that he and his colleague had also heard the victim had accidentally shot himself.

"A group of guys were sitting in a car by the [Lloyds] bank and a big guy came up to them with a shotgun.

"They all got out of the car and ran so the guy decided to damage the car with the back of the gun.

"As he was hitting the windows the gun went off and he shot himself - that's what we've been told."

The Metropolitan Police said no arrests have yet been made and that a police presence remained at the scene.

In response to the incident, Ellie Reeves, Labour MP for Lewisham West and Penge, tweeted: "Shocked and saddened to learn of the fatal shooting in Sydenham this afternoon.

"My thoughts are with the victim and their family. This violence has no place in our community."

Mayor of Lewisham Damien Egan said on Twitter: "Terrible news from Sydenham this afternoon and my heart goes out to this young man's family."

Police were given extra stop and search powers through a Section 60 order, running from 5pm on Sunday to 7am on Monday in seven local wards.
Top Stories

"The Whole Success Of The Monarchy Is Built On Slavery, Prince Philip Will Not Rest In Peace" -Shade Ladipo
Recent Stories