Has the Jehovah's Witnesses changed its rule on blood transfusion yet? This is all you have to know about that. 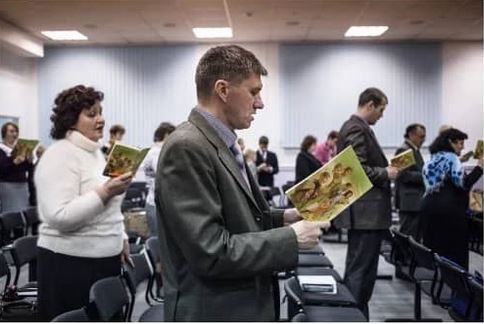 Have you heard? It is being reported that Jehovah’s Witness issued a circular that members can now receive blood transfusions.

One of the popular doctrines associated with this denomination, which has distinct beliefs from mainstream Christianity, is the rejection of blood transfusions.

Based on a scriptural quotation, Witnesses (as they are also referred to) should never be privy to accepting, storing, or donating blood for transfusion.

The practice, which teaches its adherents to outrightly refuse the reception or donation of blood even when doing so comes as the last resort to saving a life has remained unchanged over the years.

CLAIM: Recent reports filed by TheSource, and the news medium Moshood Karim claimed that Jehovah’s Witness’s Council of Elders issued a circular to all their Kingdom Halls and declared that its members can now receive blood transfusions. 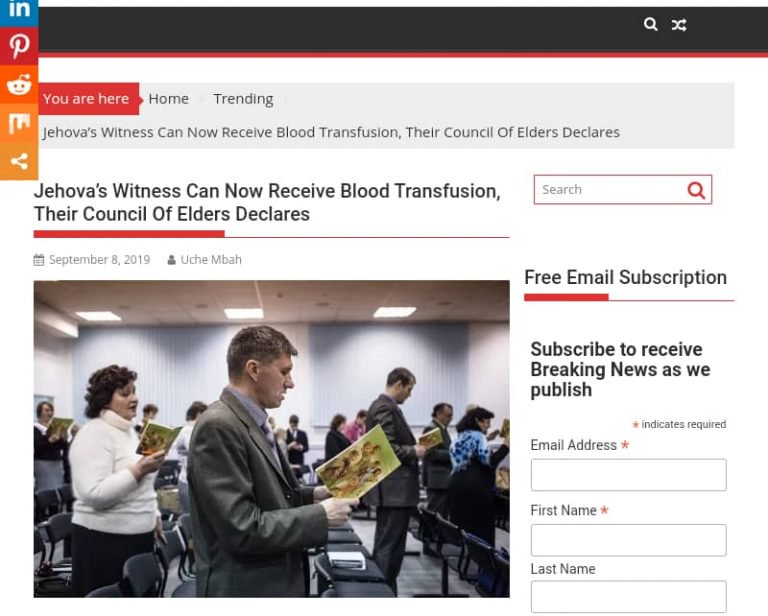 “Regarding the issue of accepting blood transfusions and blood components. We hereby announce that henceforth these matters will be one of personal conscience,” the governing body was quoted to have written.
“We are writing to you at this time to convey to you a number of fundamental changes being implemented at this time.

“We recognize that some of these adjustments may prove disconcerting to our brothers and sisters. We trust that a spirit of love and forgiveness will ensure all to make the transitions detailed here.”

CHECK: To ascertain the credibility of this information, TheCable reached out to three different operators of the Jehovah’s Witnesses’ public relations desk and three members of the denomination in Nigeria.

Gad Edia, one of the operators, dubbed the reports making such claims as “fake news” and stated that the denomination has made no such adjustment to the longstanding doctrine.

One of the members of the denomination contacted with regard to the news similarly described it as “impossible” and stated that the practice would always remain in force so long as Acts 15:29, the scriptural excerpt on which it is based, remains unchanged.

“Until this scripture changes, we cannot change our stand on blood transfusion: To keep abstaining from things sacrificed to idols, from blood, from what is strangled, and from sexual immorality. If you carefully keep yourself from these things, you will prosper. Good health to you,” he said.

Also, checks on the organisation’s official website showed that there is no release or statement about the purported adjustment.