According to the NYSC Act, CAP N84 Laws of the Federation of Nigeria 2004, Nigerians who graduated overseas have to go through the national service, no matter their present age, if they graduated before 30. 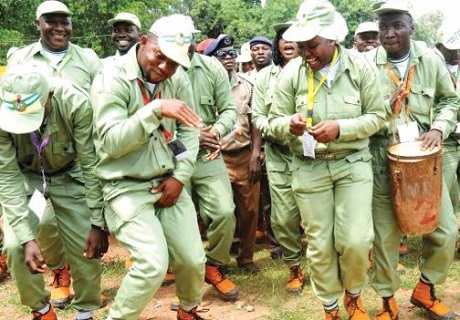 File photo
Some overseas graduates have been returning to the country to undergo the National Youth Service Corps, despite being above 30, The PUNCH has learnt.

Two of the corps members, who are in their 60s  and based in the United States, Louis Ebodaghe and Olusegun Abebe, passed out with the 2019 Batches A and B respectively.

It was learnt that they both served in  Abuja, where they were involved in some community development service projects, including the donation of 25 stethoscopes to the Gwarimpa General Hospital.

Abebe, 60, who obtained his first degree in International Affairs from the University of Wisconsin in 1983, told our correspondent that his age was a huge advantage during the service year.

He said, “I started with Batch B 2018. I served in Abuja. My experience was nice and sad at the same time, knowing what the corps members experienced. Personally, I don’t like the way they are being treated. Generally, it was a nice experience; getting together and getting to know new people from different states and socio-economic backgrounds.

“Although I participated in the scheme at a time when I could be a father to most of the corps members, my age was a huge advantage to me. Nobody molested me; I was well respected. When I returned to the country, there was no exemption for me because I got my degree before the age of 30 years. So I was told I had to serve.

“Exemption will only arise if I graduated overseas after the age of 30. In the FCT, there was just one other corps member, Mr Ebodaghe (Loius), who is about my age. He was in Batch A. My intention was just to serve my fatherland. I had heard a lot about the  NYSC and I wanted to participate in it. It was not for any political reason at all.”

Our correspondent learnt that the other sexagenarian, Ebodaghe, had his first degree in Microbiology and Medical Technology in North Dakota University and graduated in 1983. However, efforts to speak with him were not successful as of the time of filing this report.

According to the NYSC Act, CAP N84 Laws of the Federation of Nigeria 2004, Nigerians who graduated overseas have to go through the national service, no matter their present age, if they graduated before 30.

The NYSC Act expects elderly Nigerians, like Abebe and Ebodaghe, to present themselves for the national service or risk a one-year jail term as stipulated in the act.
Top Stories