A suspected thief will have the police to thank after he was rescued while about to be burnt alive. 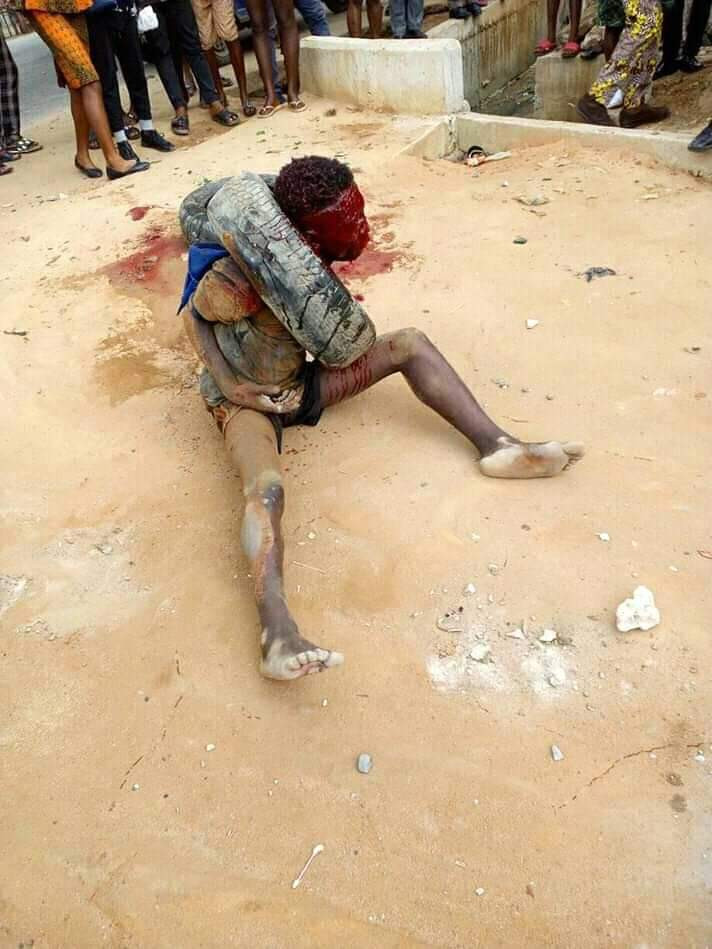 The suspect
An alleged phone thief has been rescued from being lynched by an angry mob for allegedly stealing a mobile phone in Calabar South, Cross River State.
The incident happened on August 8, at Mayne Avenue by Murray. The mob beat him, put car tyres around his neck and were about to set him ablaze when a team of Policemen arrived the scene and whisked him away
According to reports, two weeks ago, the suspect stabbed a man in a bid to snatch his phone at Marian road.
The victim spotted the suspect on Sunday and alerted people around about his presence.
"He stabbed the guy and his intestines spilled out, he was trying to recuperate after spending the last 2 weeks in the hospital" an eyewitness said.
"Though the police just arrived at the location to whisk him away, but how are we sure he will face any form of punishment considering how porous our judicial system has deteriorated into?? " he added.
See more photos: 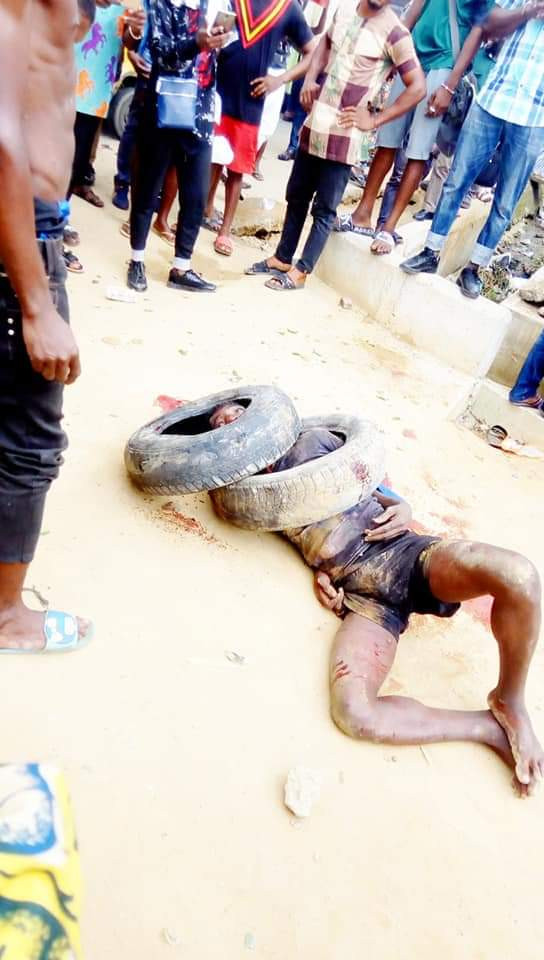 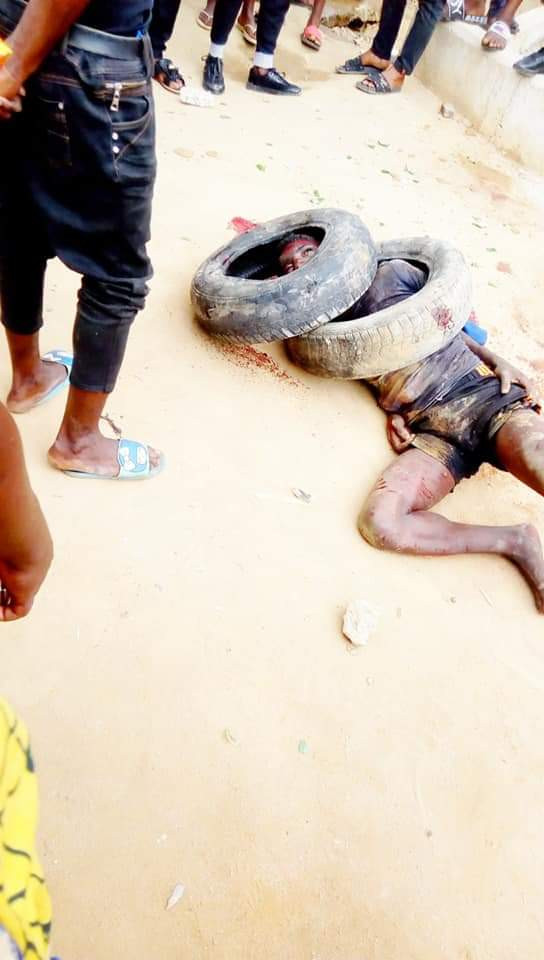