A 31-year-old goalkeeper has died while preparing for CONCACAF has died leaving many people in shock. 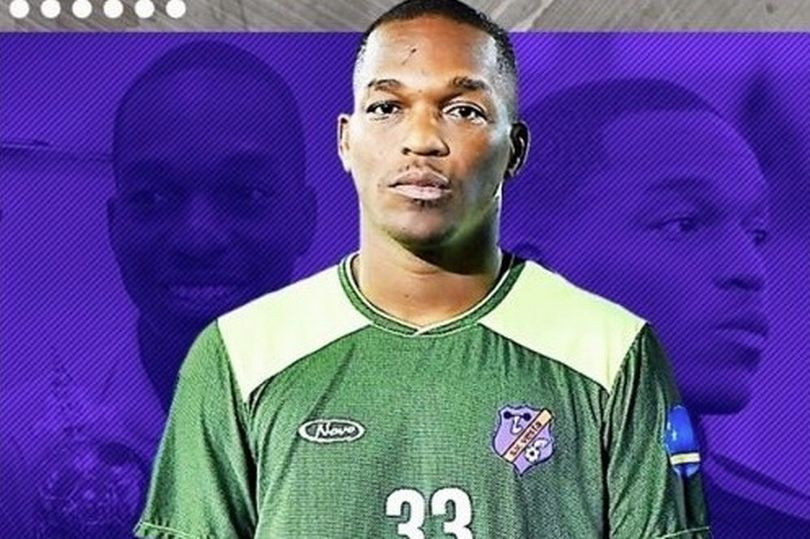 Jairzinho Pieter
Jairzinho Pieter, a backup goalkeeper from Caribbean island of Curacao has died after suffering a cardiac arrest ahead of CONCACAF qualifier with Haiti.
The Curacao stopper, 31, reportedy felt unwell and passed away on Monday morning (Sept.9) at his nation’s team hotel.
Pieter and his teammates were preparing for Wednesday's match at the Marriott Hotel in Port-au-Prince before the sad news.
Pieter’s cause of death was confirmed by the host country’s sports minister Edwin Charles on Twitter.
He wrote: “As Minister of Youth, Sports and Civic Action, I am at the Marriott Hotel to accompany the Haitian Football Federation in the case concerning the death of the player of the Curacao Selection, Jairzinho Pieter, victim of a heart attack.”
A statement from the Confederation of North, Central American and Caribbean Association Football (CONCACAF) said: “CONCACAF is deeply saddened by the passing of the Curacao National Team goalkeeper Jairzinho Pieter, who passed away at the age of 31.
Goalkeeper from Caribbean island of Curacao dies?after suffering heart attack?ahead of?CONCACAF?qualifier
“Jairzinho died on Monday morning in Port-au-Prince at the hotel in which the Curacao team are staying ahead of their CONCACAF Nations League match against Haiti.
“The thoughts and prayers of our CONCACAF family are with his loved ones, the Curacao Football Federation and his team at this difficult time.
Curacao Football Federation also confirmed the international encounter will go ahead.
“The Confederation has been informed by the Curacao Football Federation that following consultation with the players, it has decided to play tomorrow’s match against Haiti in tribute to their team-mate.
“A moment of silence was conducted today in CONCACAF Nations League matches and will be held before kick-off tomorrow, as the entire Confederation pays its respect to Jairzinho for his contributions to the game.”
Top Stories