The 32-year-old was involved in an incident last year which led to him being charged with three offences, but is likely to avoid any actual jail time. 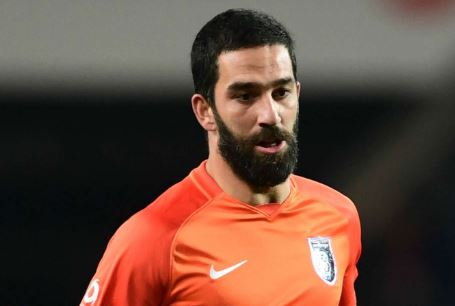 Arda Turan
Barcelona midfielder Arda Turan has been handed a suspended two-years and eight months prison sentence for firing a gun to incite fear and panic, illegal possession of weapons and causing intentional injury.
The Turkish ace, currently on loan at Istanbul Basaksehir, was involved in a brawl with a Turkish singer called Berkay Sahin on 10th of October 2018.
Sahin was left with a broken nose after the altercation and Arda arrived in hospital later that night with a gun, which he fired at the ground to cause a panic.
Arda was charged with sexual harassment against Berkay Sahin's wife, carrying unlicensed weapons, intentional wounding, and shooting with a gun.
Basaksehir have since confirmed that they have fined the 32-year-old 2.5 million Turkish lira (£350,648) for the incident, with the final hearing of the case heard in court today.
Arda was acquitted of sexual harassment but received a suspended two years, eight months and 15 days prison sentence for shooting with guns in a manner that would create fear, anxiety or panic and possession of unlicensed weapons.
He is not due to spend any time in jail, though, with the sentence suspended as long as he avoids any further legal issues for a period of five years.
After appearing in court on Wednesday, Arda released a statement via his official Instagram account, which reads: "I did not commit this 'verbal harassment' crime which even bothers me to speak of it.
"Nor it is possible. The headline of this event is that I'm acquitted of the charges of harassment; not the penalties I received for errors I made due to these slanders thrown at me."
Turan joined Barcelona from Atletico Madrid for €34 million (£30m/$37m) in 2015 and has since appeared in 55 matches across all competitions for the club.
The skilful attacker has picked up four major honours during his time at Camp Nou, including the La Liga title in 2015-16, but was sent to Basaksehir on a two-year loan deal midway through the 2018-19 campaign.
Turan has played three games in the Super Lig so far this season and he also has 100 caps under his belt for Turkey, scoring 17 goals in total.
Top Stories