What You Need To Know About Proposed VAT Increase From 5% - 7.5%


As the Federal Government prepares to increase VAT from 5-7 percent, Nigerains have been told of what to expect. 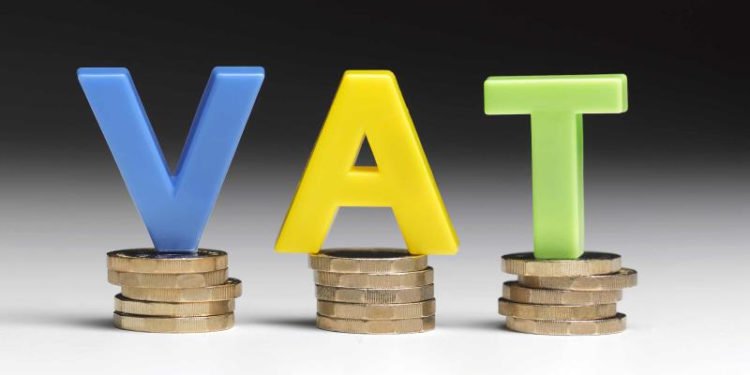 VAT
After 26 years, the Federal Government has made the proposal to increase the rate of Value Added Tax (VAT) from five per cent to seven point five per cent with effect from 2020.
Here is what you need to know about the proposed ‘VAT Increment’ and how the hike affects you. Alao Abiodun Reports
What is VAT?
Value Added Tax (VAT) in Nigeria is a consumption tax that is backed up by the Value Added Tax Act of 1993. It is a Federal Tax which is managed by the Federal Inland Revenue Service (FIRS).
VAT is a multi-stage tax which is imposed on goods and services as they pass through the various stages in the business chain. From manufacturing, importation, wholesaling and retailing but however, the burden of the payment is borne by the final consumer because it is included in the selling price.
The VAT Act 1993 provides for a recover-ability system whereby VAT, which is paid during the course of production, is recovered by the taxpayer in form of input VAT and ultimately passed down to the final consumer.
VAT is calculated at a flat rate of 5% of the cost of service and products and is charged on a wide array of goods and services in Nigeria. Much as it is known that VAT will increase the revenue base of Nigeria, it cannot be free from some problem.
The scope and coverage of VAT is extremely broad and applies to all imported, supplied or manufactured goods and services in Nigeria, except those that are specifically listed as exempt or zero-rated.
Only a few items are exempted from VAT in Nigeria. These include exported services and items such as;
Suppliers of exempted goods are not required to charge VAT on their sales and cannot claim input tax for VAT paid on their purchases.
The background
On September 11, the Federal Executive Council agreed to hike in Value Added Tax, VAT from 5 per cent to 7.5 per cent.
The decision of the federal government to undertake this increment was not unexpected as there had been murmurings in government circles on the need for an increase of the country’s VAT.
However, the increment of Value Added Tax from five per cent to 7.5 per cent have continued to spark up mixed reactions from financial analyst and Nigerians at large.
It should be noted that the federal governments’ plan to generate more revenues to finance national development led to the creation of ‘Strategic Revenue Growth Initiative’ which in turn birthed the VAT Increment.
However, the Minister of Finance, Budget and National Planning, Zainab Ahmed, has said that the proposed increase of the Value-Added Tax (VAT) rate by the federal government is subject to the review and approval of the National Assembly.
Ahmed said the decision will be communicated to the National Assembly for consideration alongside the 2020 Appropriation Bill.
How the hike affects Nigerians
Almost every Nigerian can attest to the fact that the cost of living is currently higher than it was in previous years.
From a simple economic point of view, any increase in VAT would disproportionately affect poor people.
Going deeper, the biggest challenge is that any increase in indirect taxes affects the price of goods and services. This in turn would affect the country’s inflation rate.
If the Value Added Tax (VAT) increased to 7.5 per cent is implemented, it is expected to generate not less than N2trillion into the government treasury in 2020.
According to statistics, Nigeria has one of the lowest VAT which is a variant of sales tax in the world. Asides Eritrea, which also has a five percent rate, Nigeria is the only other country in Africa with a single digit VAT of five per cent.
Globally the highest sales tax rate is held by Bhutan which has 50 per cent sales tax.
In Africa, Madagascar and Morocco hold the highest rate at 20 per cent followed by Cameroon which has a 19.25 per cent sales tax. Niger holds a 19 per cent rate.
Benin, Burkina Faso, Chad Ivory Coast, Rwanda, Congo, Mali all have a sales tax rate of 18 per cent.
Kenya and Zambia hold 16 per cent while Ethiopia, Gambia, South Africa, Zimbabwe all hold 15 per cent rates.
Egypt holds 14 per cent while Ghana and Botswana have 12 per cent sales tax. Somalia and Angola alongside Djibouti and Comoros all have 10 per cent sales tax rate.
The National Tax Policy, the Economic Recovery and Growth Plan (ERGP) and the 2018 International Monetary Fund (IMF) Report on Nigeria have all stress the need for an increased focus on revenue generation from VAT in Nigeria. While the dwindling oil prices is no longer news, the weakness of the naira against the
While many economic analysts have viewed the VAT rate now as ‘bad timing’ or perhaps ‘ill-timed’ and inconsistent with current economic reality, they are of the idea that the increase will lead to higher inflation, interest rate hike, more unemployment and generally make people poorer.
A closer look also reveals that this will affect market operations, especially the formal sector because an increase will discourage consumption (People will tend to buy fewer items to save cost). This will hurt businesses and affect employees.
The minimum wage dilemma
Sadly, for more than four months after President Muhammadu Buhari signed the new minimum wage bill into law, workers in the country are yet to begin to benefit from the increment.
It is crystal clear that the government already owes the workers a backlog of arrears. The longer the negotiation on consequential adjustment takes, the more the backlog of arrears will leave a huge debt burden on government.
Source: TheNation
Top Stories

The Only Solution To The Coronavirus Pandemic