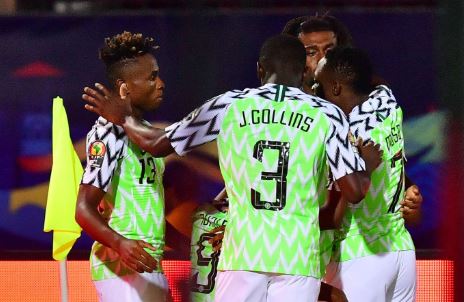 File Photo
Nigeria are now the 34th-ranked team in the world according to the September Fifa rankings.
The three-time African champions dropped one place from their previous 33rd position, gathering 1482 points, following their 2-2 draw against Ukraine in the international break.
In Africa, the Super Eagles remain unmoved in third place behind Senegal [20th in the world] and Tunisia [29th], while reigning African champions Algeria are fourth [38th] and Morocco fifth [39th].
Djibouti are one of the biggest movers in the rankings, moving nine places upward after defeating Eswatini over two legs to advance to the second round of the World Cup qualifiers for the second time in their history.
Belgium remain in top position with 1752 points, France are second, Brazil third, England fourth and Portugal are fifth.
The next world rankings will be released on 24 October 2019.
Top Stories