There are strong rumours that President Muhammadu Buhari's longterm friend, a Yoruba man will replace the under-fire Osinbajo. 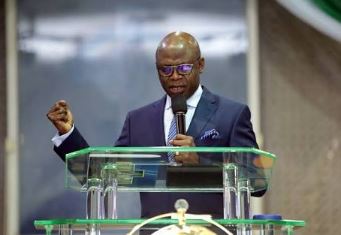 Pastor Tunde Bakare
A former Minister of Aviation, Femi Fani-Kayode, has said that pastor Tunde Bakare would perform better as Vice President than Yemi Osinbajo.
Pastor Bakare is Founder of Latter Rain Assembly, and running mate to President Muhammadu Buhari in the 2011 presidential election.
He was formerly a pastor at the Deeper Life Bible Church before he left to join the Redeemed Christian Church of God which he also left to form his own.
Rumours are rife that the clergyman is being considered as possible replacement for Osinbajo, in the wake of alleged rift between him and the president.
Reacting to the development in a tweet sighted on his Twitter handle by a  reporter, the former Aviation minister wrote;
“Rumours abound and if the truth be told @T_Bakare would be a much better VP than @ProfOsinbajo. I may not agree with him on everything but at least he is loyal,he is courageous,he is strong and he would never betray his people and faith.That is more than I can say for Osubande.” 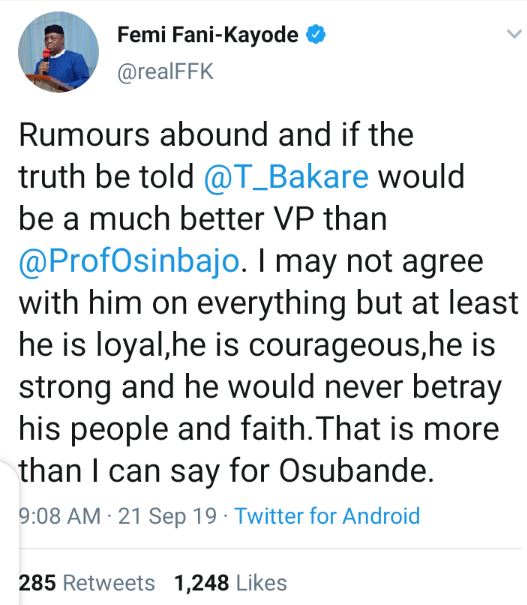