Eyewitnesses said the students blocked all the roads leading to the polytechnic, carrying placards demanding security, electricity and water supply. 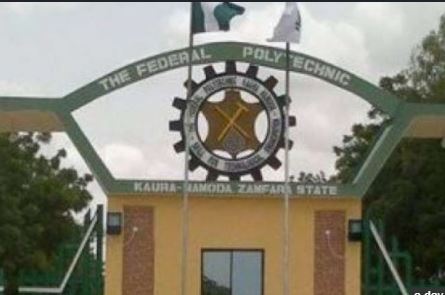 The Federal Polytechnic, Kaura Namoda in Zamfara State has been shut down as a result of students’ unrest that had paralysed the activities of the institution.

In a statement signed by Hajiya Hauwa Abubakar on behalf of the Registrar, Alhaji Salisu Abubakar Chiroma, the students have been directed to proceed on a two-week break.

The statement reads, “The management of the polytechnic has decided to close down the institution following students demonstration agitating for improved security, electricity and water supply in the school.”

An eyewitness account informed The PUNCH that during the demonstration, the students blocked all the roads leading to the polytechnic, carrying placards demanding security, electricity and water supply which they said were lacking in the school.

When contacted, the Registrar of the polytechnic, Chiroma said, the action of the students was as a result of the attack by unknown hoodlums who injured four students, who were rushed to the school clinic.

The Registrar added that a delegation of the school management arrived at the clinic where the students converged, chanting various slogans. He revealed that the students were dispersed to avoid chaos.

“Subsequently, the students again organized a violent demonstration and blocked all entrances leading into the polytechnic over the same issue even as the management swung into action to restore normalcy with an immediate report to security agents in the area.”

He concluded that school activities would resume on the 7th of October and directed all the students to submit letters of undertaking from their parents/guardians that they would not partake in any unlawful demonstration again.
Top Stories