A fiery thunder has struck dead about 36 cows belonging to herdsmen at the top of a mountain in Ondo state. 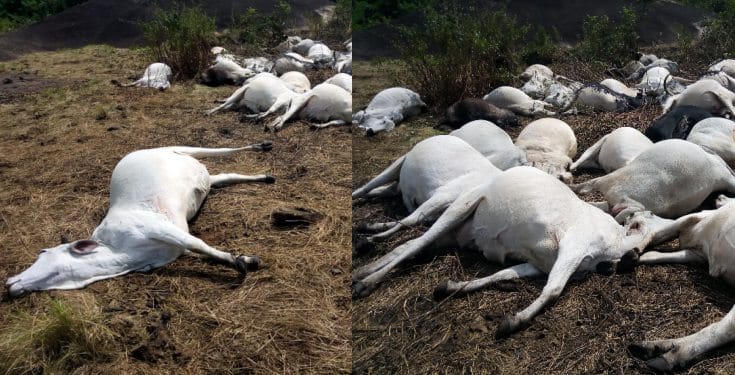 Scene of the incident
A group of herdsmen have taken to their heels after 36 cows they took to graze at the mountain top of Ijare community in Ifedore Local Government Area of Ondo State without permission from the community leaders, were allegedly struck dead by thunder on September 21.
The cows the herdsmen took to graze at Owa mountain which is reportedly reserved for Kings, were scattered all over the mountain by the thunder strike.
A community source who confirmed the incident said the Fulani herdsmen incurred the wrath of their gods by desecrating the sacred groove which is forbidden in the town.
Here are photos below: 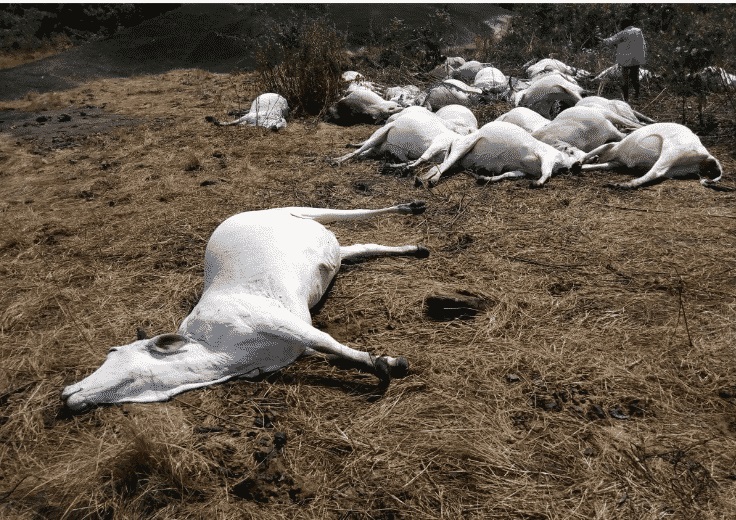 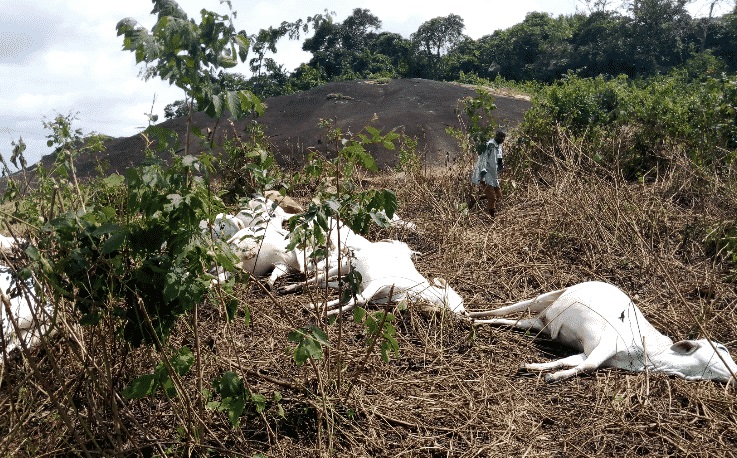 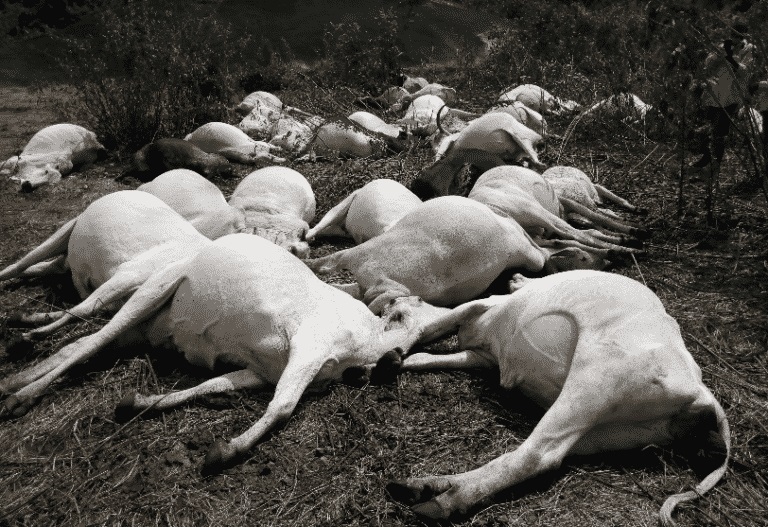