Recall that the police last week arrested the prime suspect behind the serial killing of young women in some hotels in the state. 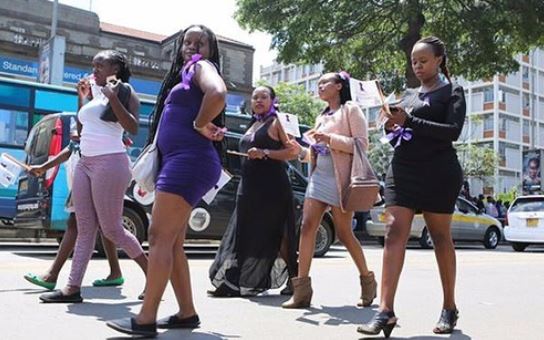 File Photo
While the Rivers State Police Command continues the manhunt for more serial killers of young women in hotels, some commercial s*x workers in Port Harcourt have decided to get pepper spray to ward off attackers.
The commercial s*x workers explained that since they were not ready to leave their trade, they were also not prepared to be victims of serial killers, who had been on the prowl in the state since July this year.
Recall that the police last week arrested the prime suspect behind the serial killing of young women in some hotels in the state, Gracious David West, who confessed to the crime.
Punch correspondent, who was at Casablanca, a popular place in the Port Harcourt GRA, where the commercial s*x workers usually gather every night to canvass money for sex, observed the huge number of young women, who converged on the place around 9.30pm on Saturday.
Asked why the news of serial killers on the prowl had not stopped them from the trade, one of them, who gave her name simply as Stacy, told Southern City News that she and some of her colleagues had decided to get pepper spray to attack any man that would come after their lives in hotel rooms.
Another commercial s*x worker, who gave her name simply as Sabina, said she was not moved by the news of the serial killers, adding that she had plans to begin to mix pepper with water and put in a small bottle.
Top Stories