Revealed! Murdered Navy Commander Was Just Transfered Before She Was Killed


The Navy commander who was brutally killed recently, was just transferred before her death happened. 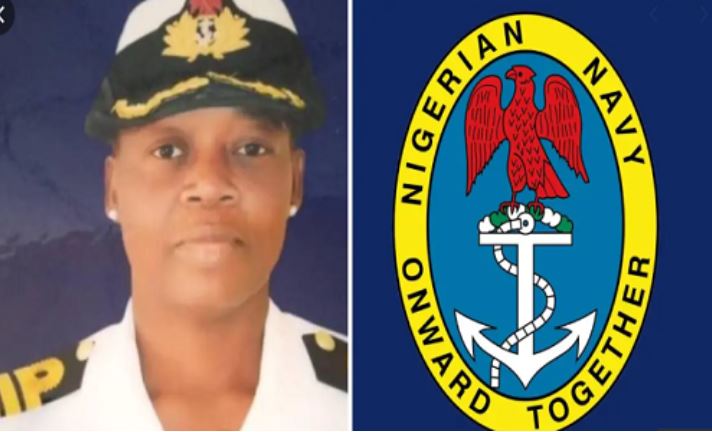 Ogundana
According to The Nation, it was learnt on Monday that the Commandant of the Armed Forces Command Secondary School and Staff College (AFCSC), Jaji, Navy Commander Oluwayemisi Ogundana, had been redeployed before she was murdered.

A source said the deceased officer, who had been posted to the Nigerian Navy School of Engineering (NNSE), Sapele, was waiting for the officer to take over from her before she was gruesomely killed in her residence. Her dismembered body, put in a sack, was found in a shallow well.

A teacher in the school, Bernard Simon, is being held as a suspect. Also in custody as an accomplice is Ibrahim Mamman.

The Nation gathered that Cdr. Ogundana had started packing her luggage for the trip to her new station. But her travel bag was used to pack her mutilated body.

A source close to the deceased said  her assistant was the first to notice that something was wrong because Cdr. Ogundana requested her to buy some snacks on her way home.

After buying the snack in town, the aide went to her residence but found her door shut.

It was gathered that the aide called her mobile telephone line many times without response, an unusual development that triggered the suspicion.

She was said to have contacted the woman’s sister who told her she might have gone for a meeting, if she was not in her apartment.

The source said: “She went home and returned the next day, yet she did not see her madam. But she observed a strange thing; the net leading to her apartment was torn.

“At the same time, her husband was said to have been worried because he had not been able to reach her, which was strange. They told him they were having the same challenge and he advised that they should make a report since it had been days already.”

It was gathered that the suspected killer had earlier gone to apologise to her for past offences, without knowing it was part of the plan to make her lower her guard.

The source added: “The woman was reserved. She was a meek and quiet person. She was left-handed and stammered a bit too. The claim by the teacher that she promised him N2.5million was pure nonsense because it is impossible. Where would she have got the money in the first place?

“The truth is that Mr. Bernard was the Secretary of the Parents Teachers Association (PTA) and he went about complaining that the Comamndant was blocking them from making money.

“Commander Ogundana heard it and confronted him. She asked him what he meant by saying she was blocking them from making money.

“She said it was obvious she will not be able to work with him and told the chairman of the PTA that they should remove him. The Commander was a very straight forward woman.

“There was a meeting with the PTA and when she came in, she saw that Mr. Simon was acting as secretary. She said she was not going to take part in the meeting unless he stepped aside. She stood outside until the chairman told the secretary to leave the books for his deputy.

“Days after, she told her PA that the teacher came to her house; that someone knocked her door, and when she looked through the window, she saw it was the teacher. She asked what he was doing at her house and he said he came to apologise for all the wrongs he had done.

“She told him it was wrong to come to her house, and that if he wanted to apologise, he could do that in the office. The Commandant did not allow people into her house. The only people with access to her house were her aide and her sister who lives in Jaji.

“Her PA also said the teacher came to her office and apologised. She was already packing her things to leave the school because she had been posted out.

“It was one of the  bags she bought that her killers used to pack her body. They killed her inside her room and mutilated her body, took it out and dumped it inside a well. It is so disheartening what they did to her because that woman did not deserve to die that way.”

Sources added that “about two months ago, a Major who was on Senior Course at the AFCSC was also found dead in his room. The Major was suspected to have been murdered the day he was supposed to proceed on a foriegn study tour.

“That is why they are interrogating them thoroughly to get to the root of the matter. Bernard, who was a staff member of the college where Commander Ogundana was the Commandant, has confessed to killing her.”
Top Stories