Following a recent report that he slept with a married woman after promising her millions, a house of rep member has broken his silence. 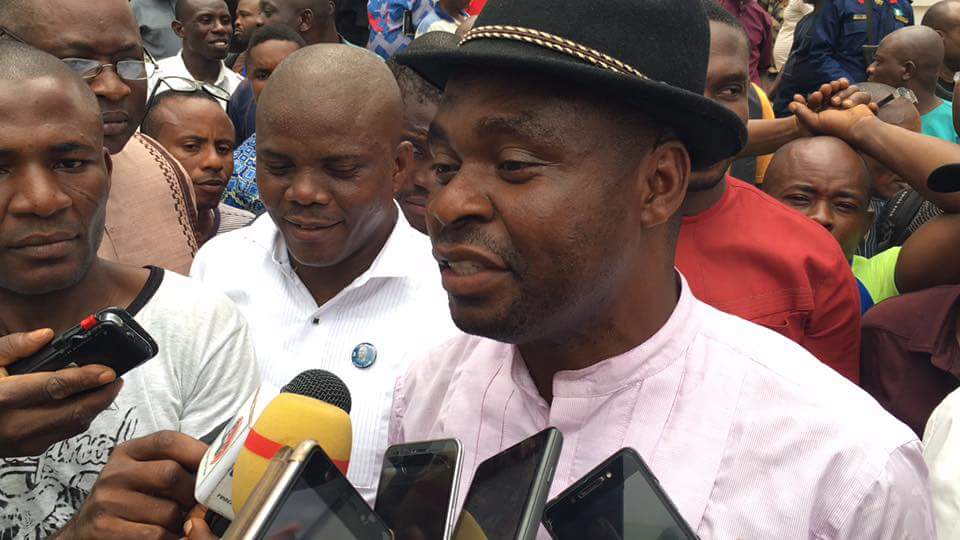 Uju Kingsley Chima
Uju Kingsley Chima, a Federal lawmaker accused of raping a woman, Nkeiruka Cynthia Kamalu, in 2015 has denied the allegation.
According to TheNation, Mr Chima, the House of Representatives member for Ohaji/Egbema, Oguta and Oru West Federal Constituency of Imo State, said Kamalu was a liar and serial fraudster out to extort money from him.
He told The Nation that Kamalu was also trying to divert attention from her two N40 million fraud cases at a high and magistrate’s court in Owerri, the Imo State capital.
“It is a pure case of fraud, someone who has been defrauding for years. Pure case of fraud! She even defrauded my friend to the tune of over N10 million. (There is) evidence, complete evidence!”, Chima said.
Kamalu had claimed that she lost her pregnancy for Chima’s baby, but that at his instance, she adopted a baby which would be theirs. The baby subsequently died.
But the lawmaker denied that Kamalu was ever pregnant for him. He insisted that she lied that she had a baby for him in Canada through In vitro fertilization (IVF) and demanded that he send her $45,000.
Chima said: “Now, you are a man, let me ask you a question: somebody that said you raped her in 2015, and in 2018, the same person came and said she had birth (sic) for you: Is it possible?
“The same person that said you raped her in 2015 came back in 2018 and said you asked her to go and adopt a child for you: is it possible?
“This girl came up on 12th of December that she was pregnant. I said ‘did I impregnate you?’ She said ‘No’, that she did IVF. I said ‘I have never had anything, I have never had intercourse, how could you now come up to say I impregnated you? How? Is it by air?’ She said she did IVF. Because she knew I was running an election the next month, that was in February. She wanted to extort money from me through that means.”
In court documents seen by The Nation, Kamalu said her adopted baby died of ill-health in Lagos on April 30, 2019.
She attached a purported Lagos State Government issued death certificate.
But the lawmaker described her action as fraudulent.
He said: “When I couldn’t hold it, I personally went and reported to the police: ‘Look at what is transpiring.’ The police, on its own, went into investigation, discovered, not even me, discovered, I didn’t know that she bought a child in Enugu and the child died in Lagos.”
“So, you can see the level of fraud that she has been perpetrating. All her statements are evidenced, even in the courts she stood in the dock and was saying all of these things. That was in Owerri. The magistrate was so angry and remanded her. They released her this month or last month only for her to tell a story that I raped her.
“This lady has been doing this. Trying to use that way to extort money from me and when I realised her mischievous attitude, the matter was reported to the police and the police went into investigation. It was the police that even discovered that this lady even bought a child in Enugu, trying to use the child to cover up the pregnancy she said she lost, because she said she was pregnant, when she was not.
“She wasn’t pregnant, she claimed I should pay her, is it $45,000? That she had the child in Canada, twins. She was using a Canadian line to call. She even forged a visa, a Canadian visa, that she was in Canada already, that I should send money to her in Canada.
“Where will I get $45,000 to send to her? I quickly ran to the police, but before then I had already reported her to the SSS (State Security Service) for fraud, but because I was running an election, they said I should play along so that I can have tangible things against her, which happened.”
He also debunked her claim that he promised her N20 million or promised to buy her a house.
Chima said; “I can confidently tell you that this girl is a serial fraudster and serial liar. I do not in any way have any agreement of buying any house for this girl. I do not in any way have an agreement of giving her N20 million every six months. If she has any evidence that I made an agreement to give her a house, she should show where the agreement was written.
“The police in Owerri are investigating her and what she is trying to do is to divert attention, that’s what she is trying to do. Her matter is in court, the child trafficking case is in court in Owerri. One is in Magistrates’ Court Owerri, one is in High Court Owerri.
“So, running down to Lagos to go and file a fundamental rights suit. It’s ridiculous and, mind you, I’m a politician and my political opponents too are at work.”
Top Stories