A fire outbreak has engulfed a building in Lagos state, leaving two persons including a stroke patient dead. 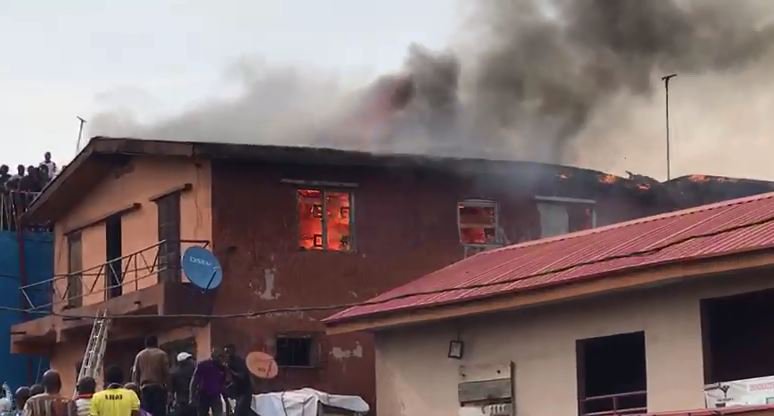 According to Punch Metro, a girl of about seven years old and a 53-year-old man have been confirmed dead after fire gutted two buildings on Ogunmokun Street, in the Mushin area of Lagos State.

It was gathered that the fire started around 3pm after the girl lighted a gas cooker, which later exploded.
Below is a video from the scene of the incident courtesy of The Nation.
Top Stories