Gedoni had said that he would be open to date his co-star, Khafi after the ongoing Big Brother Naija season four ends. 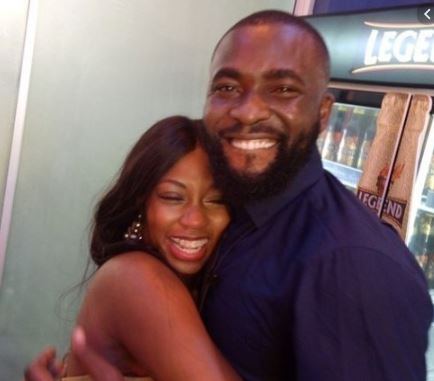 Khafi and Gedoni
Ex-housemate, Gedoni Ekpata seems to have shattered his promises days after reassuring fans that his relationship with his love interest, Khafi Kareem is beyond the show, BBNaija.
Gedoni said that he would be open to date his co-star, Khafi after the ongoing Big Brother Naija season four ends.
Gedoni, who was part of the romantic pair, 'Khadoni', while in the show revealed his intentions in an interview with host, Ebuka Obi-Uchendu, host of the programme Big Brother Naija.
He said, “I see a future with Khafi outside the house. I don’t know how she feels but this is my thought. She is a keeper.”
When asked if he loved Khafi as much as she loved him, Gedoni said, “You give out as much as you receive.
Gedoni after his eviction alongside Jackye, left Khafi shaken and in tears.
While taking a stroll on the social media app, we sighted a video of Gedoni with his girlfriend and that led to us to dig more.
However, Khafi Kareem on her own part who made us believe she loves her partner, Gedoni and felt so much peace around him whilst in the BBNaija Reality show has got fans talking by equally unfollowing him on Instagram.
Top Stories