A chef made away with employer's N18 gold as well as cameras just about two weeks after he was employed to work. 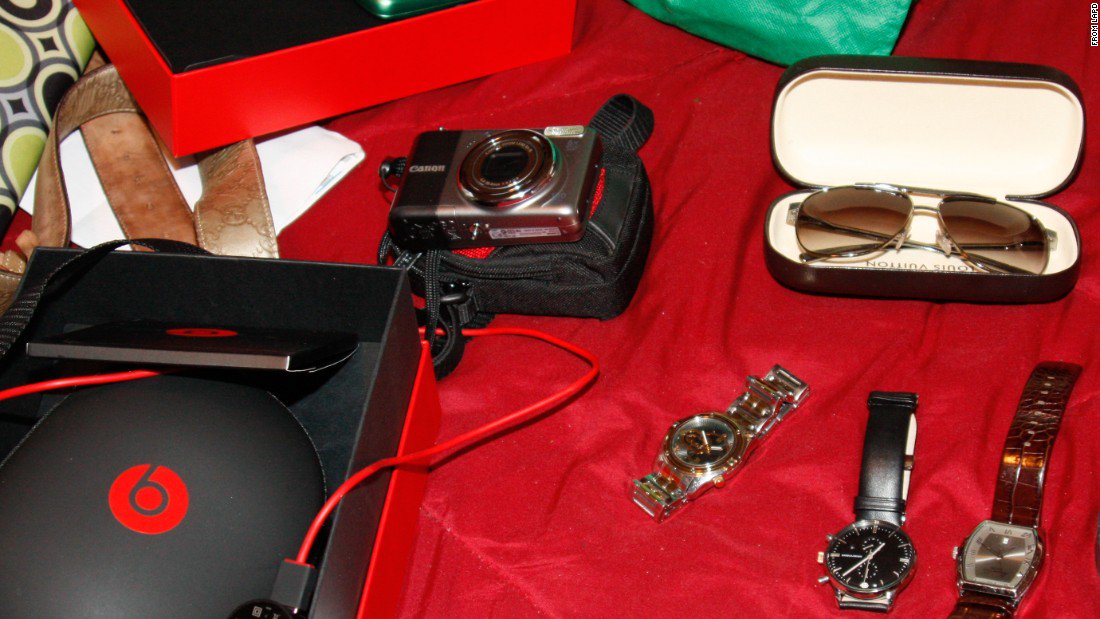 Photo credit: The Nation
According to a report by The Nation, personnel of the Inspector General of Police Intelligence Response Team (IRT) have arrested a chef, David Ugboko, who bolted with his employer’s gold and cameras worth N18 million, barely two weeks after he was employed.

The 25-year-old suspect, who hails from Cross Rivers State, belongs to a syndicate that specialised in using magnesium chemical and black stone to test the worth of jewelry before stealing them.

He was employed on August 20, 2019 by the daughter of a popular oil magnet who resides at Lekki area of Lagos to work in her father’s house.

Ugboko however conspired with two other suspects, Aliu Alkari, 39, and Kingsley Honey, 30, to steal the valuable items and disappeared without a trace.

A manhunt was launched for them following a petition to IRT by Ugboko’s boss.

It was said that Ugboko’s arrest led to the arrest of Aliu and Kingsley.

Recovered from the suspects were two gold testing tools.

It was also said that Aliu acted as the receiver and provider of the buyer who bought the N18million gold and cameras at a giveaway price of N1 million only.

Police sources said the recovery all the stolen jewellery and cameras had been difficult as some of the items had been sent to Dubai and Cotonou by the suspects.

In his confession, Ugboko said: “ I am the one who stole the gold and the cameras but I did not touch money. I am from Iyala community in Cross Rivers State, but I reside at Iju Ishaga . I have worked as a chef many places.

‘’It was one agent named Mr. Apera who is close to many rich men that recommended me to the oil magnet to work as a chef, without knowing that I had plan to steal gold from the house of my employer.

‘’They drilled me on cooking vegetable soup, afam soup, okro and ogbono soups. They also tested me on ironing clothes and house cleaning, but they did not give me access to the washing machine.

‘’When I passed the interview I started work as a chef on a salary of N40,000 and within two weeks of combing the whole rooms I found gold and expensive cameras and stole them.

‘’They did not arrest the agent because the agent did not know that the person he was recommending was a smart thief and the oil magnet family had been using him and knows very well that the agent is not criminally minded.

‘’I only used the agent to get work. It was not the agent’s idea for me to steal where I went to work as a chef. I have been stealing gold in many places I had worked as a chef and found stealing gold very lucrative and easy and Aliu had been my receiver and marketer of stolen gold. He was the one who gave me the black stone and the chemical which I used to test the gold before stealing it. It was Kingsley that advised me to take the opportunity and become a big man but Aliu disappointed me by selling gold worth N18 million for a small amount- N1.7 million, yet I got only N500,000.

‘’Aliu said he sold the gold and the cameras for only N1.7million whereas the market value is over N18 million. He gave me N500, 000 and deposited N1.2 million in Kingsley account and told Kingsley that his own share is N150, 000.

‘’I used one week to search where the items were kept in the house before I succeeded, but the way IRT operatives tracked us is still a mystery because I stopped using phones and I threw away my SIM  card to avoid being traced.

‘’I stayed 16 days before I acted. The house is a duplex. I saw 300 dollars, three pieces of Arab money and hundreds of naira but I did not touch any money. I concentrated on getting the gold.

Confessing, Aliu said: “ I am married with two wives and I have nine children. I live with one of my wives and four children in Lagos, while my second wife and my four other children are in the village.

‘’David (Ugboko) lied to me that he wanted to go to his village to buy gold saying it is cheaper in his village not knowing that he wanted to steal gold from the house he was working as a chef. I told him the testers would cost him N2,000 and he promised to pay me when he comes back from village.

‘’My work is to scout for those who want to sell their gold because of financial problem and it is always cheap as they sell at giveaway prices. I never sent him anywhere to steal gold. My work is to look for buyer and take my commission. I have a standby buyer called Alhaji Haruna.

‘’I sent the stolen gold to Haruna and he paid money into Kingsley’s bank account as Ugboko had no bank account and when they got alert they paid me N300,000. I divided the money into two and sent N150, 000 to my family in the village and started managing the remaining N150,000 in Lagos.

‘’’The owner of the gold said the value of the gold is N18million but Alhaji Haruna bought it for N1.7million.

In his own confession Kingsley, who is married with two children, said he was a lotto agent in the Agbado crossing area of Ogun State.

‘’ Ugboko is my close friend. He called me on phone and said he had found gold in the house he is working and that he intended to steal and I told him that I did not know much about gold.

‘’The following day, he told me that his elder brother had confirmed it to be gold. He brought the gold me and we took it to Aliu together because one needs to be careful when selling gold. He promised to give me N150,000 but all the money they deposited in my account was N1.2million.”

Kinglsey disclosed that they used the money realised from selling the stolen items to purchase electronics and household items including Plasma TV, DVD, shelve,  gas cylinder and radio set to keep abreast of news as they ran into hiding when they heard that IRT operatives were on their trail.
Top Stories