BBNaija star, Khafi Kareem has shut down the viral rumours that she has been sacked by the UK police. 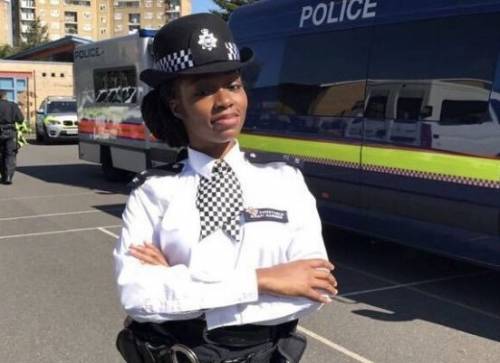 Recently evicted Big Brother Naija 2019 housemate, Khafi Kareem, has debunked rumors that she has been sacked by the Metropolitan Police UK where she worked as an officer before auditioning and getting selected for the reality show.
The 29-year-old disclosed this in an exclusive interview with Sahara Reporters that the authorities of the MET police have not sacked her.

“No action has been taken by the Met Police authorities yet. In fact, they are waiting for me to come back to work. I will travel back to the United Kingdom soon and we would talk about all these things,” she said.
Recall that while Khafi was still in the Big Brother house, the Sun newspaper UK published a story claiming that the Metropolitan Police was embarrassed by her ‘sexcapades’ with Gedoni and are contemplating firing her.

According to the news media, Khafi had allegedly failed to seek formal approval from her organization before going into the BBNaija house for the competition.
Top Stories