A man has told of how his daughter was kidnapped and then dumped in a hotel before she was found. 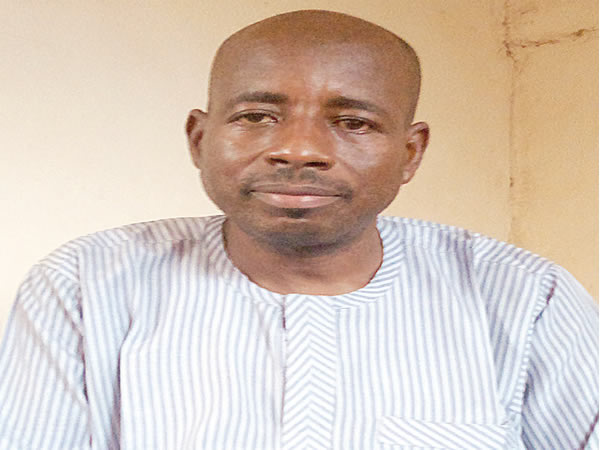 Your daughter was recently kidnapped and N6m was demanded by the kidnappers as ransom, how did it happen?

It happened on a Monday around noon. My children were on their way home from school. A lady wearing hijab but with an opening showing her eyes took her. But unfortunately for her, my son was able to use her voice to identify her since she has stayed with us before. That was how my five-year-old daughter was kidnapped and her brother was left to go home.

Where were you at the time?

I was at home. My seven-year-old son came home crying that his sister had been taken away by their ‘aunty’ but that he was able to know it was her by her voice and eyes, which were exposed through the opening on her hijab.

So what came to your mind at that point?

I was shocked and highly surprised. I couldn’t imagine that my relation would do such a thing let alone to go ahead and execute such wickedness. This attempt was the third attempt to kidnap Aishatu.

Were you afraid you might not see her again?

Despite my shock and surprise, I was not afraid; rather I was confident that I would do everything within my power to rescue her. I knew what transpired was the attack of an enemy. I chose to be confident instead of being in despair.

Why do you think your child was kidnapped?

It was obvious from her brother’s account of how she was taken away and the conversation I had with someone who requested for N6m that it was for money. They said she would be killed if I didn’t pay. I went to her school to complain that I had not seen my daughter. Then I proceeded to Pantami Police Division to complain. It was then I called Hadiza Babayo’s (the alleged kidnapper) father to verify her whereabouts and he confirmed that Hadiza was in Gombe. Then I told him about my ordeal. With the help of a few contacts I made about her whereabouts, we got her to the station.

Did the police assist you?

Yes, Gombe State Police Command assisted me a great deal in locating my daughter. The Commissioner of Police, Bello Makwashi, directed a team of Special Anti-Robbery Squad operatives to prevail on Hadiza. Fortunately, we were able to get the location of my daughter and Hadiza’s boyfriend, Bala Shuaibu.

I was very happy that they were able to resolve the kidnap case within 24 hours. I give them a 100 per cent pass mark for the job. It was a job well done.

How was she found?

She was found in a hotel around Nayi-Nawa area of the state. Hadiza was said to have hidden my daughter under her flowing hijab. The hotel manager claimed she had asked her what she had on her back, not knowing it was a child.

What was your reaction when you finally saw her again?

I was really excited; I couldn’t hide my happiness after seeing my Aishatu once again.

What was the first statement your child made to you when she saw you?

She looked very weak; all she said was ‘Baba (father)’. She was in a traumatic state. She said whenever she (Aishatu) said she wanted to see her father; they would pick up a knife and threaten to slit her throat.

How did she say she was treated?

She wasn’t treated nicely; she said that they kept telling her they would kill her and her parents if they didn’t pay N6m ransom. She said she was given rice, but she refused to eat. They offered her apple, which she also rejected throughout her stay with them. She starved. It was when she was rescued and taken to the CP’s office that she agreed to eat the fruits offered to her by the commissioner of police, which was to get her relaxed.

The hotel should be closed down for not putting safety measures in place and for not insisting on seeing what was brought into their hotel. The manager should have investigated why a backpack had the shape of a human being under the flowing hijab.

What kind of relationship do you have with Hadiza as her uncle?

I’m a helpful uncle; she had stayed with me and my family here. I have done nothing wrong. Only recently, her father asked if he could send her to my house to stay as a way to prevent her from marrying her criminal boyfriend. I also promised to foot the marriage bill if she would get a good man as a husband.
***
Source: Punch Metro
Top Stories