Liverpool has shown the club is serious to win this season's premier league after seventh straight win. 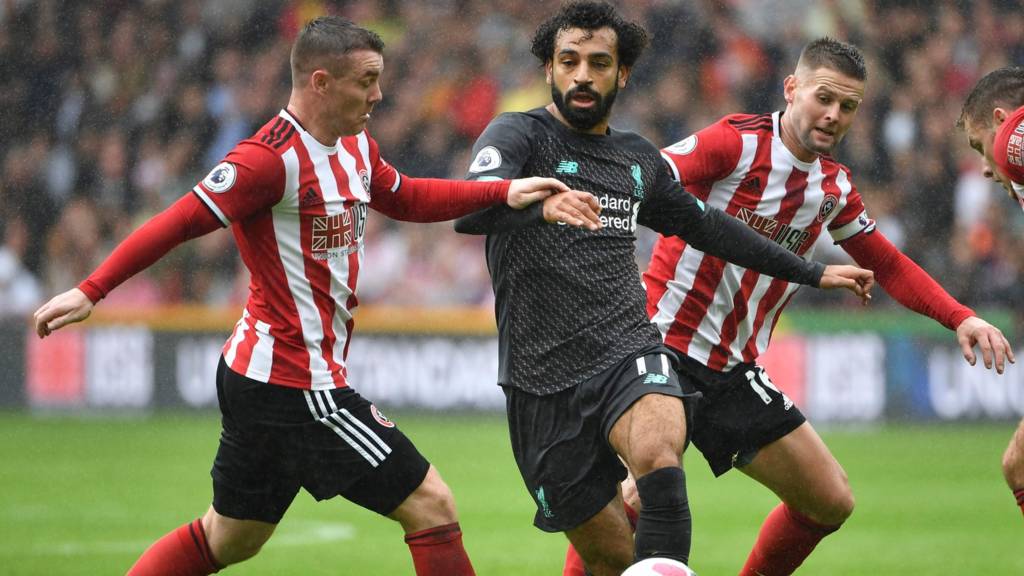 Liverpool and Sheffield United
Liverpool extended their perfect start to the season with a seventh successive English Premier League (EPL) victory, beating Sheffield United 1-0.
But this was after home goalkeeper Dean Henderson fumbled Georginio Wijnaldum’s 70th minute shot at Bramall Lane on Saturday.
Liverpool’s win was their 16th in succession in the league and extends their lead at the top to eight points ahead of champions Manchester City’s trip to Everton later on Saturday.
In spite of taking the points, the visitors often looked lethargic, mis-hitting crosses, slicing shots and squandering possession on a ground where they had not won since 1990.
Before Henderson’s error it even looked like promoted Sheffield United might snatch a shock win.
Oliver Norwood drew a fine save from Adrian and Callum Robinson twice went close as the Blades frequently threatened.
But Liverpool manager Juergen Klopp was rewarded for his positivity, after throwing on Divock Origi for Jordan Henderson after 64 minutes.
The change left Liverpool with four upfront and the Belgian played a pivotal part in the goal.
Picking up the ball on the left, his cross was headed out to Wijnaldum on the edge of the area.
As the midfielder shot, there appeared no obvious danger but the otherwise impressive Henderson somehow allowed the ball to slip through his hands and between his legs.
It was rough justice on Sheffield United who were punished for one lapse in concentration in an otherwise excellent 90 minutes.
Even then, they piled men forward until the final whistle in a desperate search for the equaliser.
“We didn’t start the game well,” said Wijnaldum. “In the first half we slowed the game down too much and that’s why they could stop us.
“It was not the best game we had but we won. A few years ago we would not have been able to win these games.
“It could be a really important three points. It’s really good to keep collecting the points.”
The result put Liverpool on 21 points, with Sheffield United in 10th place on eight points.
-NAN
Top Stories