Father And Son Sentenced To Death By Hanging In Zamfara


The presiding judge, Justice Muktar Yushau, said the convicts were arraigned in 2018 on two count charges of criminal conspiracy and culpable homicide. 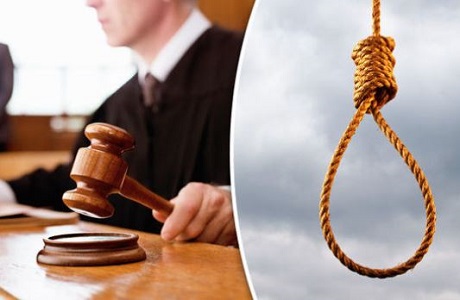 A high court in Zamfara State has sentenced a father and his son to death by hanging for committing culpable homicide in the state.

Culpable homicide is an act which has resulted in a person’s death but is held not to amount to murder.

The convicted father Hamida Ibrahim and his son and Ashiru Ibrahim had stabbed Rabiu Tudu with a knife following a dispute between them which resulted in the death of the victim.

In his ruling, the presiding judge, Justice Muktar Yushau, said the convicts were arraigned in 2018 on two count charges of criminal conspiracy and culpable homicide.

He explained that culpable homicide is punishable under Section 221 of the Penal Code.

The presiding judge ruled that both the father and his son were guilty,

“They are sentenced to death by hanging until they are confirmed dead.” he ruled.

Vanguard newspaper learnt that Hamida Ibrahim and his son Ashiru Ibrahim were native of Gobirawa village in Tsafe Local Government Area of Zamfara state and were found guilty of culpable homicide.
Top Stories