Officials of the Department of State Services have revealed that Abdulrasheed Maina's son, Faisal pulled a gun at them during his father's arrest. 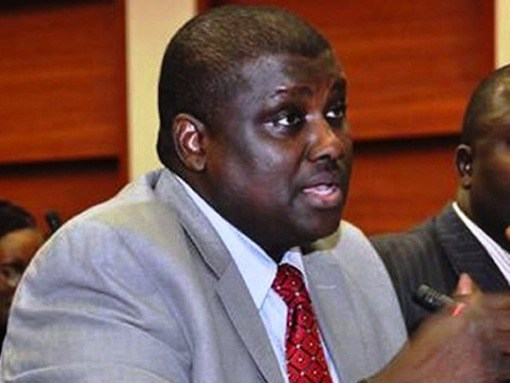 Abdulrasheed Maina
According to a report by The Punch, the Department of State Services has said that Faisal, the 20-year-old son of the ex-Chairman of the Pension Reform Task Team, Abdulrasheed Maina, pulled a gun at security operatives as they effected the hitherto fugitive’s arrest on Monday in Abuja.

In a statement signed by its Public Relations Officer, Dr. Peter Afunnaya, in Abuja, on Wednesday, the Service said Maina’s arrest was made possible through inter-agency cooperation.

The fugitive was arrested during a combined operation on  September 30, 2019 in Abuja, DSS said.

The DSS statement reads in part, “The arrest, which was effected at the Pennsylvania Avenue Hotel, Utako, Abuja followed a request by the EFCC to the Service to assist in the apprehension of the suspect.

“Maina was arrested in the company of his 20-year-old son, Faisal Abdulrasheed Maina, who unsuccessfully tried to resist the arrest.

“The lad even pulled a pistol against the security agents involved in the operation.

“He was, however, disarmed and arrested.

“He is a final year student at the Canadian University of Dubai where he is studying Telecoms Engineering.”

The statement added, “Items recovered from the suspects include a pistol with live ammunition, a bulletproof Range Rover SUV, a BMW Saloon car, foreign currencies, a Phantom 7 drone and sensitive documents.

“The suspects and the recovered items will be handed over to the EFCC for further investigations and appropriate necessary actions.”
Top Stories