A world war II-era plane has crashed into an airport, causing some serious commotion in the area. 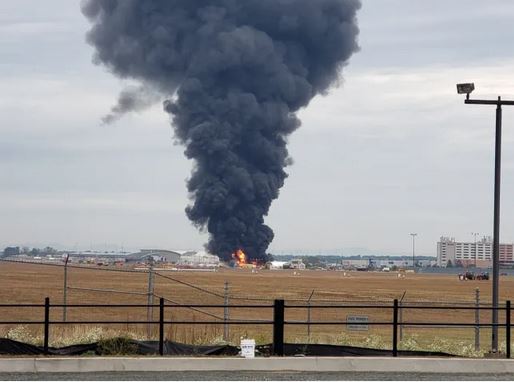 Bradley International Airport was shut down Wednesday after a vintage plane crashed and burst into flames. (Picture: Twitter)
Metro UK reports that a World War II plane crashed into an airport Wednesday morning.
The vintage Boeing B-17 crashed at the end of a runway while attempting to land at Bradley International Airport in Connecticut, which is the largest airport in the state.
A photo of the incident showed plumes of smoke billowing into the air. It is unclear if anyone was hurt or killed. The Federal Aviation Administration said: ‘It is a civilian registered aircraft, not flown by the military.
Local officials will release information about the people aboard.’ Bradley International Airport has since closed in the wake of the incident. This story is still developing.
More updates to come...
Top Stories