Some members of the Indigenous People of Biafra have been shot at by security operatives during a protest. 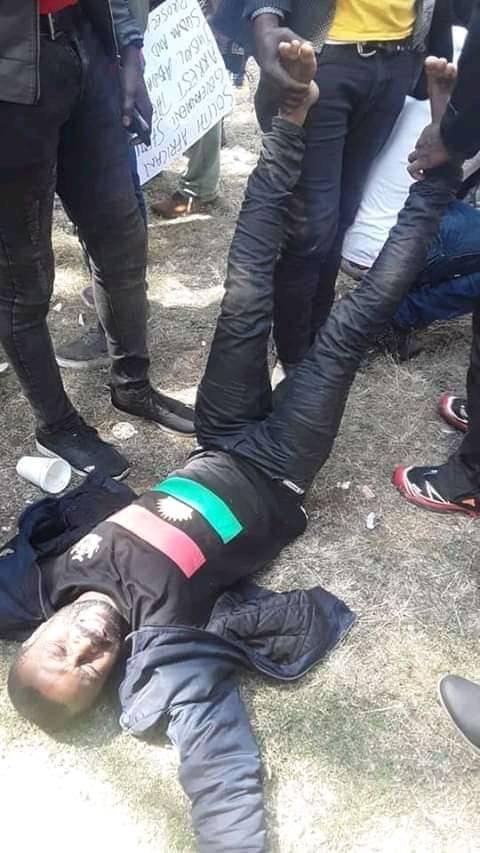 IPOB member reportedly shot by the police
Police officers in South Africa have opened fire on some members of the Indigenous People of Biafra, IPOB, protesting against President Muhammadu Buhari in Johannesburg on Thursday.
The police officers chased the protesters, opening fire on them with rubber bullets. Several arrests were made and many of the protesters were injured.
See more photos below: 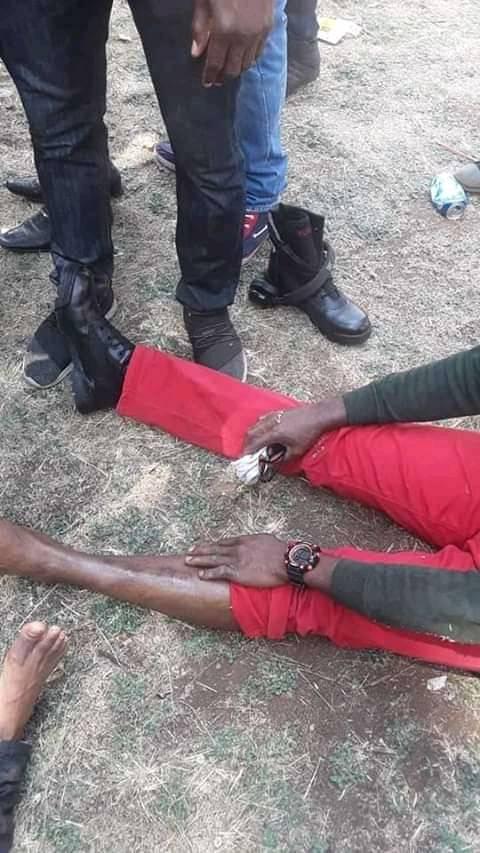 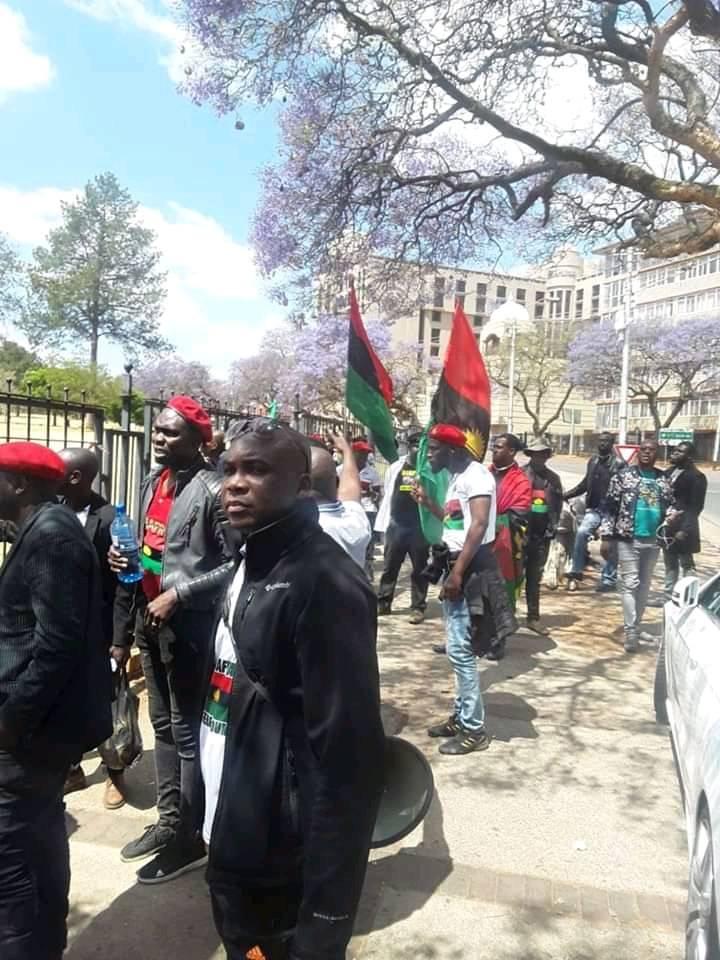