Must Read: Health Dangers of Use and Abuse of Tramadol


Tramadol is virtually used for many purposes as a s*x enhancer, pain reliever and as a substance to make you high. Don't be fooled! Here are real health dangers. 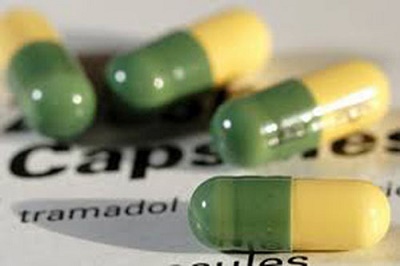 What is Tramadol?
Tramadol is an opiod pain medication used to treat moderate to moderately severe pain. When taken as an immediate-release oral formulation, the onset of pain relief usually occurs within about an hour. Tramadol is a type of strong opiod that works on the nervous system and brain to reduce the feel of pain. There are many different forms, strengths and brands of tramadol. Some forms and brands start working quickly to ease the pain, while others release the tramadol they contain more slowly, over several hours, to provide a constant and more even pain control. These are called ”modified-release” and often have ‘XL’ ‘SR’ or ’24hr’ in front of the brand name.
Why is tramadol abused?
Apart from its pain relieving effects, tramadol has been discovered to give a feeling of euphoric high when taken in large quantity. When opiods like tramadol are mixed with alcohol, it increases the effects of the alcohol.
Toyosi Ogunjobi, a 19-year-old public secondary school student in Lagos, who is into the abuse of the drug told The Nation that he mixes tramadol with alcohol when he wants to engage in manual labour. He claims it allows him to work harder and longer but that if he takes the mixture without working, it weakens him.
Gabriel Oladoye, a 21 year-old undergraduate of the University of Agriculture, Abeokuta also admits to abusing tramadol. To him, tramadol serves as an aphrodisiac. He says he normally takes the drug few minutes before sex and it enables him last longer and perform better in bed.
Bode, a 27 year-old liquor seller says mixing tramadol with Bullet alcohol drink helps him last longer during intercourse, since he normally suffers from premature expulsion. He shared an experience in which he engaged in intercourse all night with a commercial sex worker after taking tramadol with ‘Bullet’. He said they had marathon sex all night, but confessed that he had to visit the clinic during the day, when he began experiencing pains on his manhood. The doctor, after checking him up for infections, warned him to desist from such medications and marathon sex, as he was lucky not to have ruptured his tissues.
Effects of tramadol abuse
Although tramadol is an over-the-counter medication, its abuse can cause some undesirable effects similar to those of other opiates, such as dizziness, weakness, sleepiness, insomnia, headache, shaking, heartburn, panic attacks, nausea, vomiting, diarrhoea, constipation, itching, sweating and dry mouth.
According to Adekunle Adeseye of Ariset Medical Hospital, tramadol belongs to a family of analgesic and it is actually a synthetic opiod. He said it can lead to addiction like other opiods such as morphine, cocaine and the rest. Some of its other side-effects include light-headedness, serious vomiting and even sedation, as it is narcotic in nature.
Dr. Jude Okonkwo, a medical practitioner at Medicare Hospital Ota, added that overdosing on the drugs can make some people experience difficulty in breathing; and that once addicted to the drugs, abusers won’t be able to function well without the drug, as it has neurological side-effects.
Asked to confirm the claims that the drug has aphrodasic effects and also gives extra strength, Dr. Okonkwo said “Those claims could be true, as it is a narcotic. It heightens the senses, but its effects vary from persons to persons. Abusing the drug has more” negative effects than any perceived positive.
He advised that abusers-turned addicts should stop and youths who take it for recreation because of its euphoric effect should stop as well; as drugs should only be taken on doctor’s prescription.
When asked how the increase in tramadol abuse can be curbed, he advised that parents and guardians should tutor their wards more on the hazards of drug abuse. He also wants the government to place serious sanctions and restrictions on the use of the medication.
Source: The Nation.
Top Stories