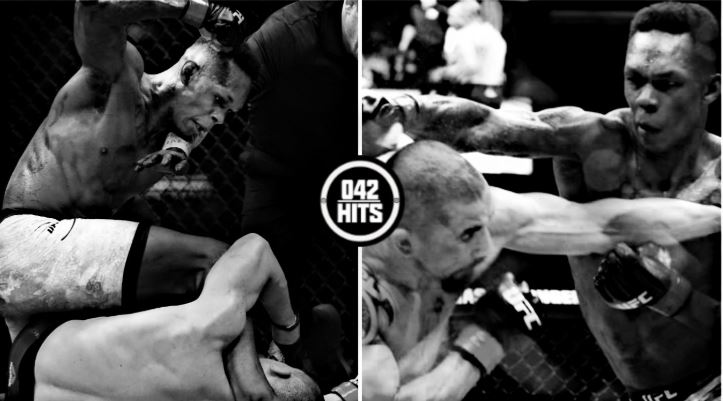 Israel Adesanya and Robert Whittaker
Israel Adesanya dethrones UFC middleweight champion Robert Whittaker with stunning second round knockout victory at UFC 243, 042hits.com reports.
The ascension is complete; Israel Adesanya is the UFC's undisputed middleweight champion.
Adesanya dethroned Robert Whittaker in stunning fashion, knocking him out in the second round to unify the division in front of a UFC-record crowd of 57,127 at Melbourne's Marvel Stadium.
The Nigerian-born Kiwi landed a right hand which floored Whittaker in the final seconds of the first round and officially ended the contest with a left hook 3:33 in the second.
"He threw everything we expected," Adesanya said. "We had everything planned for plan A to Z. It's unreal, they said I have no knockout power.
"He caught me with a nice one but I returned. I eat it but give it back two times. I hate to get hit. It's stupid to get hit. I'm tough and smart. At the end of the day, my team and I were smart."
042Hits.com gathered that Nigeria-born Adesanya is now the first NZ fighter to win an undisputed UFC crown, capping a phenomenal rise that has seen him rise to the top of the division in seven bouts and less than two years since joining the promotion.
Watch video below:
Top Stories