Tuoyo who failed to make it to the final of the reality show made a last-ditch effort to rake in fans and attention yesterday night. 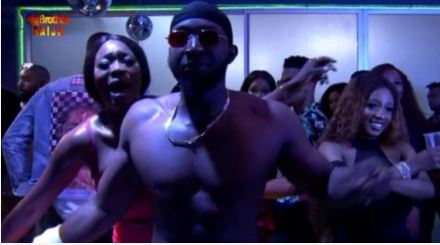 Tuoyo
The life of Big Brother Naija Saturday night party is back; Tuoyo strip[ped down to his pants at the final Saturday night party.
The evicted housemates partied with the Finalists yesterday night but there was a glass barricade that prevented them from verbally communicating and touching each other.
Fans on social media kept going gaga as the size of his manhood became the talk of the town.
Controversial blogger, Kemi Omololu Olunloyo has said Tuoyo will be invited to strip at her upcoming birthday party. 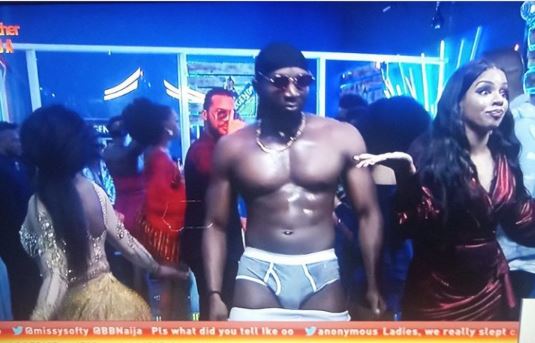