A taxi driver and his passenger have been found unconscious inside a Hyundai car in Lagos state. 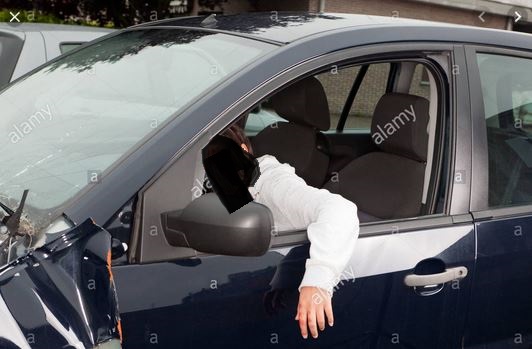 File photo
Punch Metro reports that the men of the Lagos State police command have rescued a taxi driver, Abiodun Balogun, and his passenger, Odisha Ginika, who were discovered unconscious in a black Hyundai car parked at Shobande Street in the Akoka area of the state.

The state Police Public Relations Officer, Bala Elkana said the policemen were on patrol when they saw the victims, adding that after removing them from the car, they were rushed to hospital, while the vehicle was impounded for inspection.

According to the PPRO, investigation revealed that the victims became unconscious due to gas leakage from the vehicle’s air conditioning system.

Elkana said, “On Thursday, October 3, 2019, around 10.25pm, a team from the Bariga Division, while on patrol along Shobande Street, Akoka, noticed a black Hyundai vehicle parked along the road with two occupants, Abiodun Balogun, 32, and Odisha Ginika, 21, unconscious on the driver and passenger seats, respectively.

“The victims were rushed to hospital for medical attention, while the vehicle was removed from the scene for inspection. They were resuscitated by the medical team on duty and later discharged from hospital.

“Preliminary investigation revealed that the man is an Uber driver, while the lady was his passenger. They became unconscious as a result of a poisonous chemical substance/gas that they inhaled due to a leakage from the air conditioning system.”
Top Stories