The incident, which occurred on September, 27, 2019 was as a result of the collapse of embankment constructed 32 years ago by the federal government. 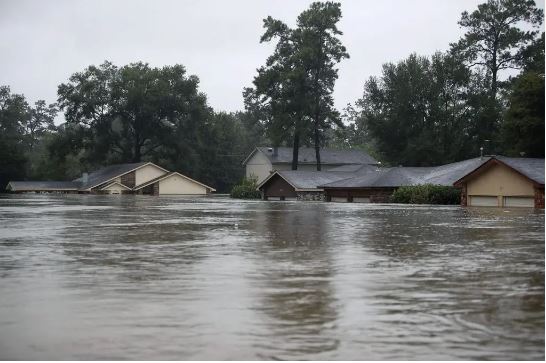 File Photo
Many residents of Uta Ewa community in Ikot Abasi Local Government Area of Akwa Ibom State have been rendered homeless after water overflowed through Imo River last recenlty, destroying properties worth millions of naira.
The incident, which occurred on September, 27, 2019 was as a result of the collapse of embankment constructed 32 years ago by the federal government.
The chairman of the village council, Elder Emmanuel Udofia, in a statement a copy of which was made available to DAILY POST in Uyo, on Sunday said the community has been devastated by the disaster.
He appealed to the federal government through the Ministry of Niger Delta Affairs, and the Management of the Niger Delta Development Commission to immediately come to the aid of the community.
According to him, “Uta Ewa Water front, an economic route for maritime activities has been experiencing low water level, until last week when it overflowed through Imo River that traverses its creek, submerging the community.
“This unfortunate disaster has devastated our fishing community. It is caused by decayed embankment constructed by the federal government about 32 years. Since then remedial efforts by the community to sustain the embankment have been in vain. We have written series of letters to the authorities concern but to no avail.
“As a fishing community, we have lost so much to the aggressive pressure, our fishing inputs have been destroyed and some equipment swept away by the raging water.
“We, therefore, want to use this medium to appeal to the federal government through the Ministry of Niger Delta Affairs and the Niger Delta Development Commission to come our aid.”
The youth President, Mr. Segun Ogoluwa, according to the statement said he was shocked and frightened by the devastating experience and called on the President Muhammadu Buhari for help.
×´When we woke up on 27th September, 2019 by 4: 30am, we could not come out from our different apartments. We have been experiencing water invasion at low level but this time around the aggressive water has created an unprecedented havoc as our sources of livelihood have been ruined.
“We are pleading with President Muhammadu Buhari to send a high power team of experts to visit Uta Ewa and ascertain the extent of havoc done and rescue us,” he said.
Also, a resident in the area, Mr. Felix Monday Akpan, who operates a provision shop along the waterfront, said he could not quantify the loses since he experienced the devastating havoc of the overflow river adding that government should come and give them relief materials among other assistance for them to cope with the challenge.
Top Stories