Former Nigerian president, Olusegun Obasanjo has spoken about why he built a church and mosque in his library premises. 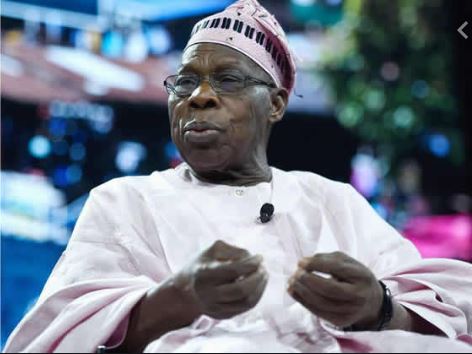 Olusegun Obasanjo
Olusegun Obasanjo, a former Nigerian President, has said his spiritual commitment and the need to fulfill his promise brought about the idea of building a church and a mosque within the premises of the Olusegun Obasanjo Presidential Library, Punch Metro reports.

Obasanjo disclosed this in a statement issued by his media Aide, Kehinde Akinyemi, on Monday in Abeokuta.

According to the statement, Obasanjo said those against having religious worship centres at the OOPL have been disappointed by the growing and flourishing status of the two sacred places.

The former president stated this at the Music Fiesta programme held as part of activities marking the 10th anniversary of the Chapel of Christ the Glorious King of the OOPL, Abeokuta, at the weekend.

Obasanjo was reported to have expressed satisfaction on the growth of the church.

He said, “It is part of my promise to God to have a worship centre to propagate the Gospel of Christ.

“The positive growing development 10 years after the creation of this church is tremendous and awesome.

“At the beginning, some people were against it; but, by now, they must have been disappointed.

“The same thing applies to the mosque for our Muslim brothers and sisters. I understand people from far and near do come to worship there too. This is gratifying to note.”

The former President, who spoke on the theme, “Celebration of GOD’s faithfulness,” later led the entire congregation to celebrate the milestone with songs and praises.
Top Stories