Following his sudden death, more details have emerged revealing the cause of death of Danfo Driver's Mad Melon. 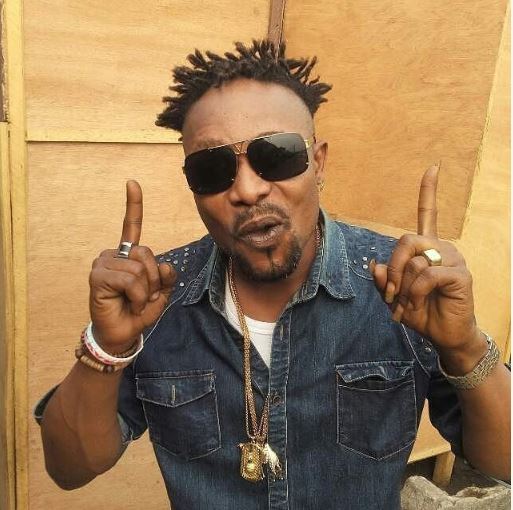 Mad Melon
Son of one-half of the legendary Nigerian music group, Danfo Drivers, Mad Melon, who died last week, Michael Emiefah has revealed the cause of his father’s death.
According to him, Mad Melon had been suffering from tuberculosis for some time now.
The 18 year-old secondary school leaver made the revelation in a chat with Showtime, during a condolence visit to the family, at their Ezeagu Street, residence in Ajegunle area of Lagos.
Michael, who lives with his mother and elder sister, Jennifer in Delta State rushed down to Lagos, upon receiving the sad news of his father’s death.
Speaking with Showtime, Michael said Melon had been suffering from tuberculosis for some time now. He described his death as painful, regretting, however, that his late father did not take his health seriously.
In an emotion-laden voice, the poor boy said: “He didn’t take his health seriously. He was still indulging in those bad habits he was warned to desist from. His death is painful despite his shortcomings.’
‘We heard the news of his death and decided to rush down. I will try my best to take of my mother. I am the man in the house now. Any time I remember him, it pains me in my heart. I don’t know what to do,I can’t cry neither can I laugh. He didn’t stay away from certain things were harmful to his health. I think that was what led to his death,” Michael said.
However, condoling the bereaved family last weekend, founder of Mabel oboh Centre for Save Our Stars, MOCSOS, Mrs. Mabel Oboh-Udoh advised Nigerian entertainers to take their health seriously.
Community pharmacists worry over exposure of Nigerians to falsified medicines. Oboh said Melon’s death was ‘avoidable’ adding that nobody was aware of his health condition.
Contrary to his band mate, Mountain Black’s ranting that was abandoned by the music industry, MOCSOS boss said that the deceased did not seek help from anybody.
“Mad Melon was a great talent, a fantastic person. But definitely, something went wrong along the line. This is what my NGO, Save Our Stars is advocating. Nobody was aware of his health condition. He didn’t seek help from anybody and if he had done so, we would have helped to save his life.”
“I believe that his death could have been avoided. I am calling on Nigerian artistes to stay away from drugs, bad habits and things that could be harmful to their health. We have to join forces to re-educate ourselves. I am so angry. What I am saying to entertainers is that they don’t have to take our own health insurance scheme. They can take another one or better still, engage the services of a private doctor,” Oboh said. Meanwhile, the burial plans announced by Mountain Black, revealed that there will be wake up on October 11, while his remains will be laid to rest the follow day.
Top Stories