I Love Guardiola As A Coach, But Not As A Person - Samuel Eto'o


Eto'o also worked under Jose Mourinho while playing with Inter and the ex-forward spoke about the Portuguese's man-management of him. 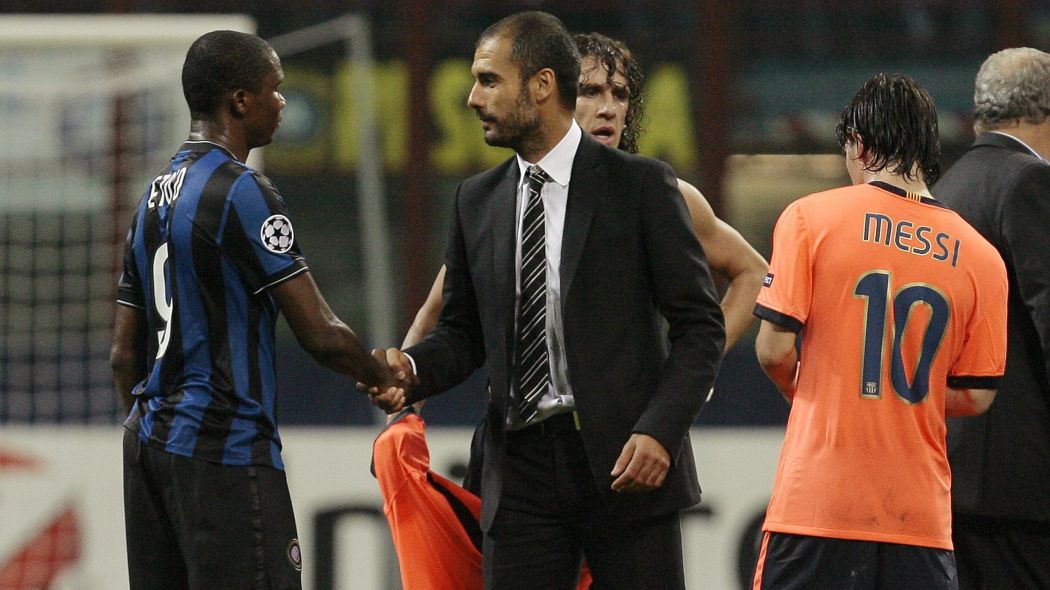 Samuel Eto’o and Guardiola
Samuel Eto’o has no doubts about Pep Guardiola’s ability as a coach but his praise of the Catalan didn’t extend beyond his professional capacity.

Pep and Eto’o worked together at Barcelona before he was moved on to Inter, but the Cameroonian explained that he understood Guardiola better than anyone else he worked under.

“I love him as a coach, but not as a person,” Eto’o explained. “I learned to play football with him. He interprets things better than anyone.

“He’s the best, but of course he loses matches.”

Eto’o also worked under Jose Mourinho while playing with Inter and the ex-forward spoke about the Portuguese’s man-management of him.
“He left me a month on the bench for a month and made me warm up in injury time,” Eto’o recounted.

“In his head, he was pricking me to make me his own player. I talked to him in his office. It was what he wanted from me, to get back to my best level.

“I did. We won everything. We had a team of eleven warriors, we won differently.”??Luis Aragones’ impact on Spanish football can’t be questioned and Eto’o only had glowing praise for the former Spain boss.

“If I had to stay with one coach it would have been Luis Aragones,” he said. “He changed my life. We spoke in his office at Mallorca and it totally changed my life as a player.

“He called me and said ‘Samuel, you’ve done everything with Mallorca but now it’s time to go to a big club, where your level really is’. “He saw things in a way that I didn’t. He was unique, knew to play with personality. If I become a coach it would be a great honour to resemble him.”
Top Stories