Not being included in the Champions League squad for the Club Brugge game was the final straw for the Welsh player. 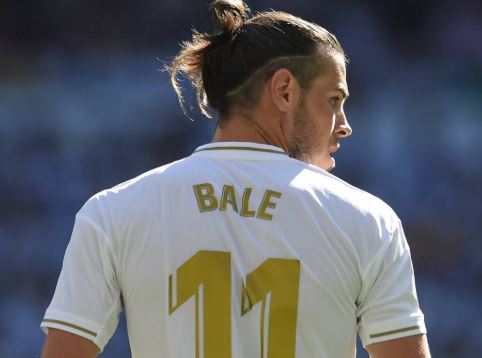 Gareth Bale
Gareth Bale has had enough of his situation at Real Madrid. Just as the Welsh player was starting to play well, aware that more playing time would see him improve and sharpen...suddenly he found himself condemned to the stand for the Champions League tie against Club Brugge last week.
No-one knows the motivation for Zidane's decision with the player not suffering from injury, not needing rest or suffering from tiredness.
With no reason forthcoming, Bale was back in Zidane's starting XI for the league game against Granada. One would feel that this is not the best way to motivate a player who needs to feel important and integral to the squad but this is precisely the way the Welsh player feels about his situation at the club.
Fury and confusion are the overriding emotions being felt by the player and these feelings are nothing new for the Welshman. During the final few months of his first spell on the Bernabéu bench, Zidane used Bale sparingly.
Upon his return to the club, Zizou made it clear that the striker wouldn't figure for him without offering a clear level of reasoning for this decision. Club officials explained to the player (who maintains a purely professional rather than personal relationship with Zidane) that the head coach had taken an unequivocal decision which almost led to Bale's summer departure.
Bale's agent Jonathan Barnett took it upon himself to look for a club for his client despite Bale's desire to remain in Madrid with the Welshman still puzzled as to why the club would open the door for his exit only to later put their foot down.
Madrid agreed to waive the transfer fee with CSL side Jiangsu Suning but made a sudden u-turn when they realised that another Chinese top flight outfit were prepared to offer a substantial fee for James Rodriguez (a rumour which later turned out to be false) and this was one of the keys to the move ultimately breaking down.
Unlike times in the past, Bale doesn't feel he can count on the support of the club either. In recent years, Madrid have openly lent their support to other big name players with Cristiano Ronaldo the obvious example with the Bernabéu outfit even publishing a communique of support when the Portuguese player was embroiled in his dispute with the Spanish tax authorities (the outcome of which saw the striker being heavily fined). In Bale's case, Madrid have failed to offer a level of protection or at least this is how the player views the situation.
Top Stories