Italy Moves To Reduce Number Of Lawmakers From 945 To 600


The anti-establishment government in Italy says the move will save $330,000 a day from the reduction of lawmakers. 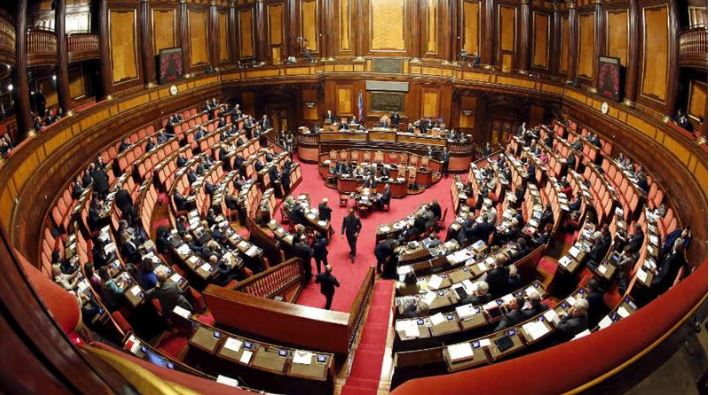 File Photo
Italy's parliament has approved a cut to the number of politicians, an overhaul that has been advocated by the anti-establishment Five Star Movement.
The reform - approved on Tuesday by 553 votes to 14 - will cut the total number of politicians by almost a third, from 945 to 600. It was a flagship measure promised by the anti-establishment Five Stars, which in August forged an uneasy ruling coalition with the country's centre-left Democrats.
The Five Stars have always pledged to tackle wasteful spending and say the cut will deliver savings of 300,000 euros ($330,000) a day.
Italy has the second-highest number of legislators in Europe after the UK, with 630 elected politicians in the lower house and 315 in the senate.
Top Stories