Revealed! You Won't Believe The Number Of People Who Are Currently Blind In The World


The really alarming number of people who are currently blind around the world has been revealed. 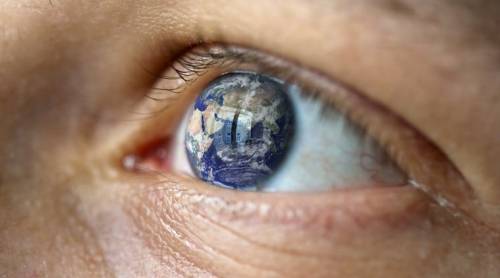 File photo
More than two billion people in the world and over one billion are preventable or could be treated but they cannot get the care they need, a report by the World Health Organization reveals.

The report showed that the majority of blind people are poor and are living in low income countries as most blind people have short and farsightedness, glaucoma, and cataract, but could not get the care they need.

Dr. Tedros Adhanom Ghebreyesus, WHO Director-General who spoke in commemoration of the World Sight Day on 10 October noted that eye conditions and vision impairment are widespread, and far too often they still go untreated.

He said: “People who need eye care must be able to receive quality interventions without suffering financial hardship. Including eye care in national health plans and essential packages of care is an important part of every country’s journey towards universal health coverage.

“It is unacceptable that 65 million people are blind or have impaired sight when their vision could have been corrected overnight with a cataract operation, or that over 800 million struggle in everyday activities because they lack access to a pair of glasses.”

The report also showed that while the burden of eye conditions and vision impairment is not borne equally, it is often far greater in people living in rural areas, those with low incomes, women, older people, people with disabilities, ethnic minorities and indigenous populations.

“US$14.3 billion is needed to address the backlog of 1 billion people living with vision impairment or blindness due to short and farsightedness, and cataracts,” the report says.

It was gathered that major eye conditions that can cause visual impairment are cataract, trachoma, refractive error, dry eye, conjunctivitis, myopia, and diabetic retinopathy

WHO revealed that stronger integration of eye care is needed within national health services, including at primary health care level, to ensure that the eye care needs of more people are addressed, including through prevention, early detection, treatment and rehabilitation, the report found.

Dr. Alarcos Cieza, who heads WHO’s work to address blindness and vision impairment, says: “Millions of people have severe vision impairment and are not able to participate in society to their fullest because they can’t access rehabilitation services. In a world built on the ability to see, l eye care services, including rehabilitation, must be provided closer to communities for people to achieve their maximum potential.”

The report states that all people living with blindness and severe vision impairment who cannot be treated are still able to lead independent lives if they access rehabilitation services. Options include optical magnifiers and reading use Braille, to smartphone wayfinders and orientation and mobility training with white canes.
Top Stories