My Girlfriend Doesn't Kneel To Serve Me Food - Man Laments


This young man here wishes to get unprecedented respect from his girlfriend who doesn't kneel to serve him food.

Relationship adviser and blogger, Joro Olumofin has shared an interesting story which is cracking people up on social media.
The man wishes to have his girlfriend go on her kneels to serve him food. He got the idea from his 31-year old friend whose woman kneels to serve him.
The story has attracted some sort of outrage from ladies who feel his ideas are archaic.
Read the full story below: 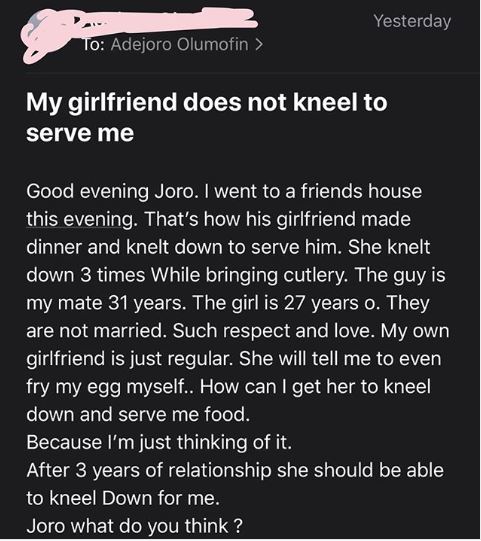