Ondo State has sealed up eight medical centres in for allegedly providing than standard health services to the people. 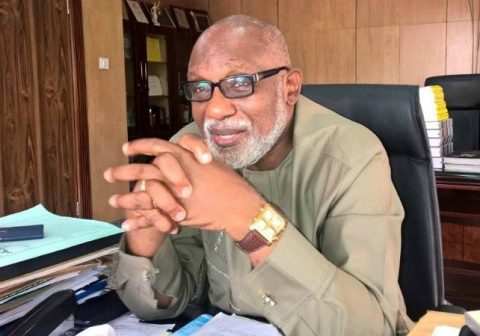 The officials of the Ondo State Ministry of Health have sealed up no fewer than eight medical centres in Ore, Odigbo Local Government Area of the state for allegedly providing than standard health services to the people.

The state Commissioner for Health, Dr Wahab Adegbenro, who led the team of the ministry officials to the town, said the action was carried out in a bid to safeguard the health of residents of the state and ensure that they get quality health services.

He also declared that the state government was set to sanitise the health sector in the state, adding that several other health facilities operators in the town have been warned against non-compliance with rules of practice and engaging in unprofessional conducts.

Adegbenro said, ” The government will not allow anyone that is not ready to play the game according to the rules, to toy with the health and lives of the people. The government would not allow quackery to thrive in this state’s health sector.

“The action of the government was not to witchhunt, victimise or send anyone out of business, but to ensure that minimum standards are put in place by healthcare providers to avoid jeopardising the lives of patients.”

He advised anybody interested in the health profession to get trained at accredited institutions and be certified, reiterating that any unlicensed facility will be closed down and operators prosecuted.

He also urged the patients and their relatives to look out for the practising license of any centre they want to patronise.
Top Stories