UNN Lecturer And Pastor Who Said #SexForGrades Video Was Doctored, Reverses His Claim After Backlash


A UNN lecturer and pastor who said the viral #SexForGrades documentary was doctored, has reversed his claims. 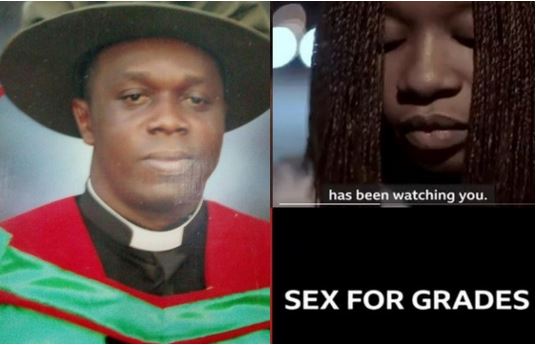 In a rejoinder post he shared, the clergyman said he drew his inference from an abridged version of the documentary.
He further claimed he will never support s*x for grades and has been a strong proponent of gender equality, hence the need to protect both men and women.

"Thank you for reaching out to me and all.

"It is quiet unfortunate that I didnt get the complete video from BBC, I only got an abridged version and from that I perceived my earlier view but on posting my view, my friends and few facebook contacts called my attention and showed me the complete video.

"I would never in any way support sex for grades and I am a strong proponent of gender equity...

"Hence the need to protect both men and women... Hence my advice to men to be careful"
Top Stories