How I Won BBNaija After Several Failed Attempts - Mercy Reveals


The winner of the Big Brother Naija reality show has revealed some more about herself in a new interview. 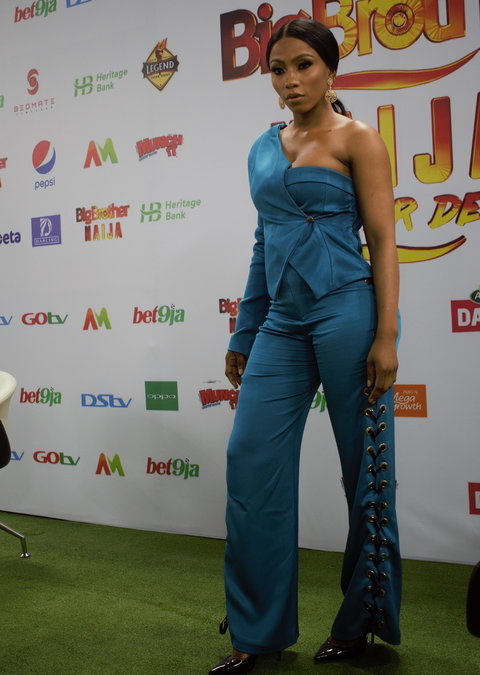 Winner of Big Brother Naija Season 4, Mercy Eke, popularly referred to as Lamborghini, in this interview with EDWIN USOBOH, talks about her relationship with fellow housemates and fight with Tacha. The Imo state-born video vixen also revealed how she intends to spend her N30m prize money.

So how do you feel being the first female winner of Big Brother Naija?

I feel more than amazing, I feel blessed, I feel loved. Yeah, the love was too much. I didn’t even know I was this lucky. I didn’t even notice people like me, someone is voting for me somewhere. I said winning Big Brother is everything I’ve ever wanted, so for somebody like me coming for the fourth time, it was a dream come true.

Coming into the house, did you have any particular game plan? What was it?

There was no game plan. My main plan was to come in and do my best, just show in and show off. I think I’ve accomplished it because this has been a dream for me to be in Big Brother House. So, I was amazed when I got there I kept on surviving every eviction, it was all a miracle.

So, at what point did you realise you could actually go for the ultimate prize?

Was there any housemate that was evicted that really touched you?

It is not just one, like Ike and Diane eviction killed me, Ike was on a Sunday, and Diane was on Monday. In fact I felt like God was not listening to my prayer. I felt like God has abandoned me at that point, people who I love were leaving the house.

What were your lowest and highest moments in the house?

My lowest moment in the BBNaija House was when Ike was evicted and my highest moment was when I was announced the winner of BBNaija 2019 Pepper Dem.

Let’s talk about your relationship with Ike in the house. At what point did you notice your ‘chemistry’ clicked?

It was the sixth week in the house. Yeah, that was when we started bonding.

Was there any point you were scared that another female housemate could snatch him away?

Now that you are richer than Ike, would you still continue with the relationship or are you considering dumping him?

Winning the money has nothing to do with my relationship with Ike. What I share with Ike is more than BBNaija. It’s bigger.

Were you not into a relationship before coming into the house?

No, I was single and it was obvious until the time I started dating Ike.

What should your fans expect between you and Ike?

Let’s talk about your fight with Tacha which led to her disqualification. Was it a game plan to get her off the road?

It wasn’t a game plan. I feel very bad my action led to her disqualification. I would say it was just anger issues and we allowed anger to take the better part of us. We were very good friends in the house until that time, we called ourselves “babes”, “babes”. It was a down turn for me; I wanted to talk to her.

Have you really thought of making up with Tacha?

Yes she has. Remember friends fight! Families fight! But it’s just weird, things happening and you just show your reactions, we are humans! And then you come back to your senses. I think that is just what happened between Tacha and  I. It doesn’t change the fact that we are still friends. You guys will even be seeing us soon, together (laughter).

Despite the words she said to you in the house…

It had nothing to do with our friendship, when you are angry you can say anything in anger. Yeah, I think we are good.

What is the biggest sacrifice you made to get into the house?

Nothing really, just that I have to travel from Lagos to Owerri to do an audition. I think that’s it.

You have tried three times to get into the BBNaija House. Why did you keep trying?

Yes, the first time I watched the show I fell in love with the show, and since then I started pursuing it, I wanted to be a housemate, and even when countless times they said no to me, it didn’t stop me. I still went for audition till this last time that I was taken.

So, what do you think you did differently this time to have been taken?

Nothing! I think I was still being myself, and maybe this time it was the right time. I believe God knows why I was not succeeding the previous time.

Did you really expect to get to the final or win BBNaija?

Do you feel falling in love in the house played a major role towards your winning?

No, no, no. In the first place I never wanted a relationship; I wanted to play this game alone. Yeah, so I think, it was just the will of God. I don’t know where the love think came from.

If you are to take away something from the house, what will it be?

What will I take from the house? (Laughs) I’ll take away the camera.

So, are you sure you can shoulder the responsibilities that come with stardom?

Yeah, God has been my biggest motivation.

All I just want now is the grace of God to continue from here. Every day, every morning when I wake up I pray to God to grant me His grace, because I know if God grants me His grace I’ll be fine.

One of the past winners came up some time ago and claimed that he shared his winnings with fellow housemates. Would you like to share the winning prize with your housemates?

No! The gain is for the winner’s take.

Not even with Ike, your lover in the house?

No! Not even with Ike.

Tell us more about your personal fashion sense, your style, in the house. We saw the way you dressed and everything; it was just so much like you came prepared. You never wore one cloth twice.

Talking about fashion styles, it’s obvious you love tattoos. How many do you have on your body?

I’ll count it and I’ll get back to you. (Laughs)

Most of those tattoos symbolized something, what does it mean?

They are just flowers and butterflies. They symbolize roses and butterfly, meaning I can fly, everybody has their way of flying. However, I want to fly without limits.

What were you doing before going into the BBNaija house?

I’m a designer. I design, before I came to the house.

What is the label name?

It is called M & M Luxury. My clothing brand has been my biggest dream to get it out there, to get established stars to work on my fashion show. So that’s the big dream for me, and I am going to get it done. I’m a goal getter; I go for what I want.

Acting, if it comes, yeah. My first baby is my business. Getting my clothing brand out there and then I’ll take it from there.

There’s the rumour, they even said you revealed it at a point in the house, that your bum, you did it for five million?

Chuckles! I never said that. I don’t know where that came from.

Some people wonder, somebody even came to me here and were asking ‘this her backside, is it real’?

I really don’t know what to say. What can I say? People are lousy. I don’t think I have anything to say, until the right time. They can say whatever they want. I’m actually enjoying it. It’s my body.

Is your bum real?

You have some stuffs before the house?

No, before the house I abandoned everything. Now it’s in progress, I intend to work with my team to build one of the biggest brands.

What is it about?

It’s about clothing brand, female brand and women. I want women to look good with little money, that’s what is on my mind.

For now, although, I will expand it a little with time.

This Lamborghini idea, how did it come about?

It was while I was in the house.

What is your fear?

Fear of failure. Like I said, I am a goal getter, I don’t ever want to hear failure in my life.

Tell us about your background, growing up, siblings and family. Do you have their supports?