A traditional ruler from Anambra has met with Pope Francis and has presented the Catholic leader with a tusk. 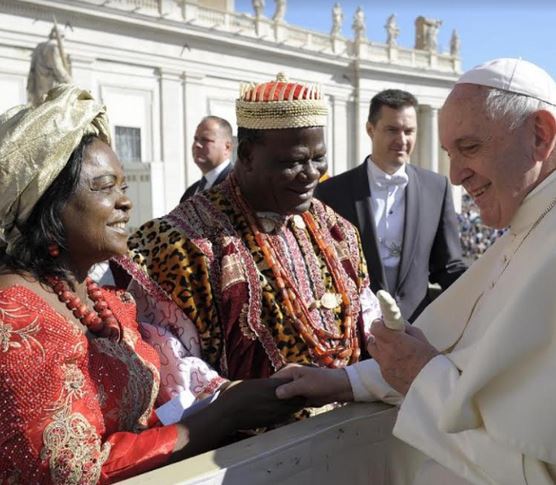 Igwe George Okaa-Onwuogu was pictured paying his respects to the Catholic Supreme Pontiff at the Vatican on Thursday, October 10, 2019.

During the meeting, Igwe Okaa-Onwuogu, clad in his traditional regalia and accompanied by his wife who was also dressed in traditional attire, is seen presenting an African tusk to Pope Francis.

Igwe Okaa-Onwuogu was later admitted to the inner rooms of the Vatican City as the African Cultural Ambassador to meet with Francis Cardinal Arinze, the highest-ranking Nigerian at the Vatican city.

Below are more photos courtesy of Obiora Nnaemego. 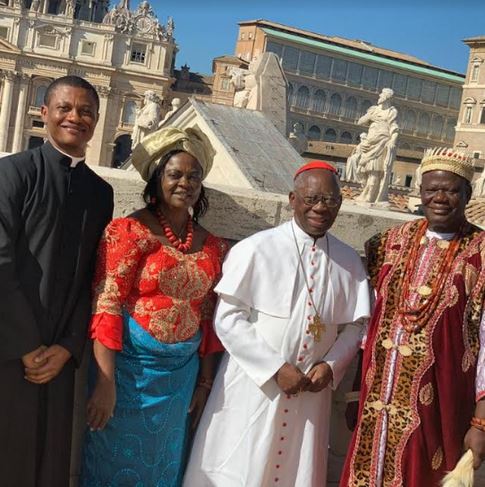 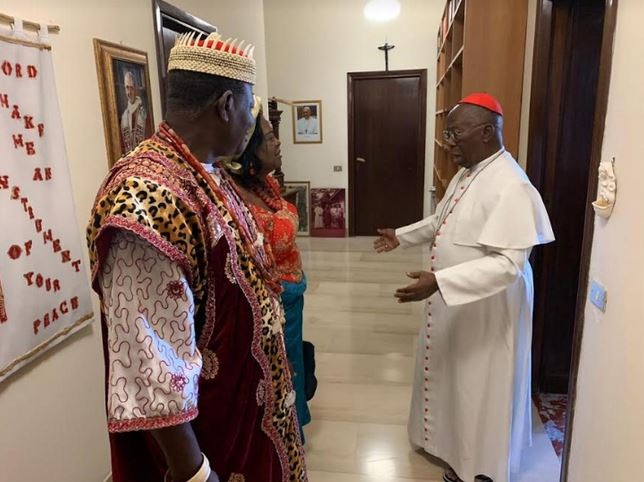 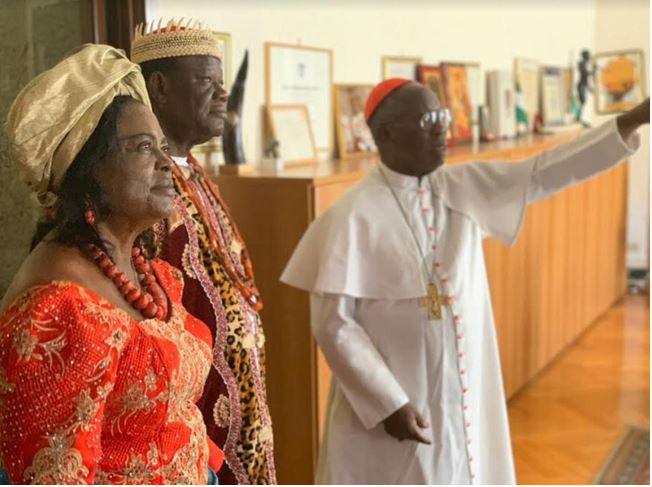 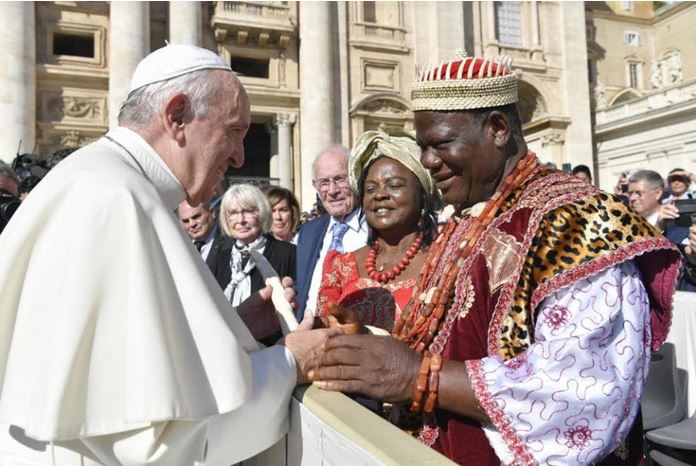