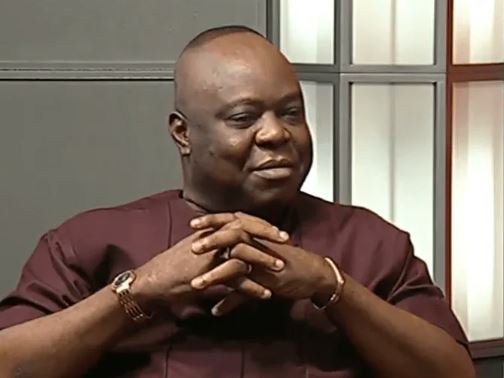 He said: “He first discovered his kidney problem sometime in 2010. At the time, he was hypertensive and had a mild case of diabetes. He went to India in 2012 for a surgery to remove some kidney stones, which was successful. However, he was advised that he might need a kidney transplant as a lasting solution.

“Later in 2012, he had to begin dialysis, which he did at least two times a week and three times when he could manage it. That routine became part of his life until he passed away by 9:05 pm on Friday, 11th of October.

“The previous week, he went to Babcock University Teaching Hospital (BUTH) concerning complications with blood flow during his dialysis sessions, which had been an issue for some time. He had a follow-up visit at BUTH on Wednesday, two days before he passed, during which a minor procedure was performed and he was informed of the need for surgery to clear a blockage around his neck area.

“On the morning of Friday the 11th, he proceeded to Kidney Solutions, off Adeniyi Jones in Ikeja as usual, but there was difficulty hooking him up to the dialysis machines again. A surgeon from Lagos University Teaching Hospital who had seen him in the past was summoned immediately and he performed what was considered a minor procedure at the dialysis centre before he advised that dialysis must still take place. About one hour into the session, he became too weak and medication was administered, but his blood pressure remained low.

“According to his assistant who was with him, around 5 pm, the decision was taken to transfer him to a bigger hospital. Several calls were made for an ambulance to no avail until they decided to hook him up to oxygen and transport him with his personal car. After fighting traffic to get to Lagos State University Teaching Hospital, there was another issue getting him into the emergency ward, as nurses who were finishing their shift refused to attend to him, based on the account of those with him.

“They reportedly claimed that the doctor that could attend to him was busy and they should wait. He was still in his personal car, clinging to life when a doctor went out there to pronounce him dead.

“The doctor, one Dr Olufemi, claimed that he died on arrival. His driver and personal assistant insist he was still responsive after their arrival at LASUTH. He has been deposited at LASUTH morgue awaiting an autopsy.”

Governor Dapo Abiodun of Ogun State on Saturday commiserated with the family, management and staff of The Nation Newspapers over Agekameh’s death.

He expressed shock over the sudden death of the renowned columnist and described him as an energetic, dogged and a committed journalist and writer; who used his pen to expose ills in the society, especially criminal activities.

He said: “I am particularly pained that we lost a fine gentleman and a writer who can be described as the best crime reporter, whose exploits led to bursting of crimes by security agencies.
“He was a gem who touched lives positively in so many ways. He was always fighting for a just, egalitarian society, devoid of crime. He was my friend and I can never forget him.”

He said the deceased, a journalist of many years of experience, contributed immensely to the growth of the pen profession and would be greatly missed for his insightful write ups.