Wow! Check Out The Amazing 'Jesus Shoes' That Can Make You 'Walk On Water' (Photos)


A new brand of shoes which have been dubbed 'Jesus shoes' has been launched and it is causing quite a stir. 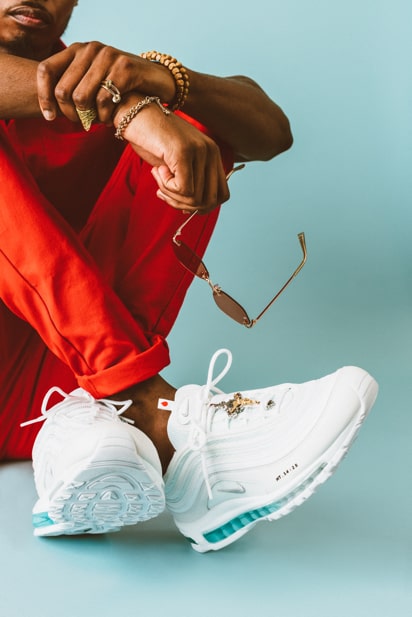 Have you ever imagined what it felt like when Jesus walked on water?

While you may never have that surreal experience, an American creative firm MSCHF, has created shoes that let you literally walk on water and not just any type of water but holy water.
The repurposed Nike shoes dubbed “Jesus Shoes” went on sale for $1,425 (₦514,425) Tuesday and (wait for it) sold out within a minute!

MSCHF bought a normal pairs of Nike Air Max 97 sneakers at retail value and completely revamped the shoe and added a golden Jesus on a crucifix as a shoelace charm.

MSCHF also sourced holy water from the River Jordan, which was blessed by a priest in Brooklyn and injected the Air Max 97 bubble soles. 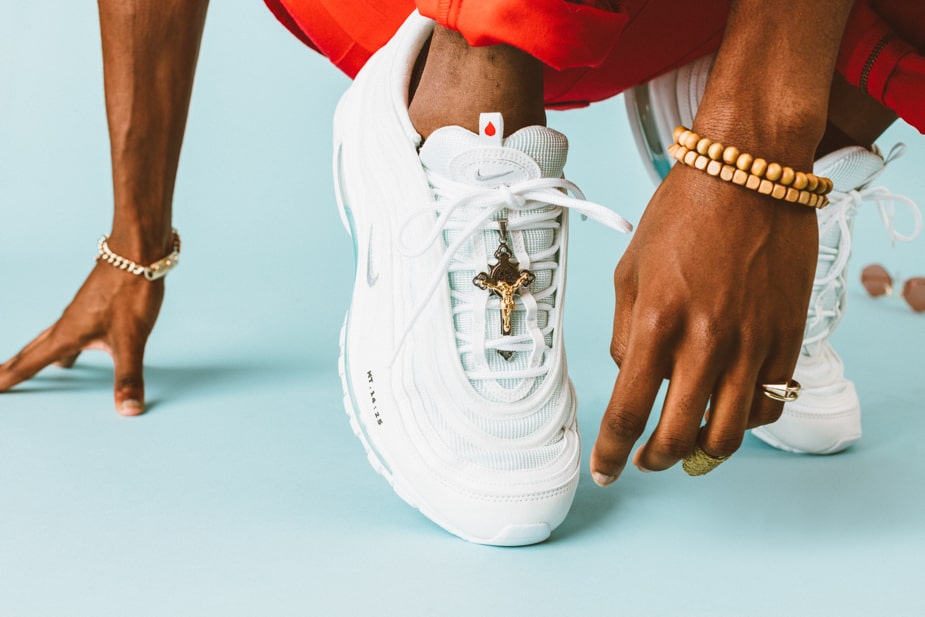 MSCHF’s head of commerce Daniel Greenberg explained the brand was intrigued by the idea of “collab culture”:

“We thought of that Arizona Iced Tea and Adidas collab, where they were selling shoes that [advertised] a beverage company that sells iced tea at bodegas.

“So we wanted to make a statement about how absurd collab culture has gotten.”

“We were wondering, what would a collab with Jesus Christ look like?” Greenberg says. “As a Jew myself, the only thing I knew was that he walked on water.”
The sneakers features a crucifix on top of the laces along with a drop of red ink that symbolises the blood of Christ is visible on the tongue of the trainer.

To promote its shoes, MSCHF sent about six pairs to YouTubers and other big shots, such as rapper A$AP Rocky, prior to the release. Then, by 11 a.m. Tuesday, it posted them on the retail site StockX.

They sold out within a minute.
According to statements on MSCHF’s website the new creations devised by the brand will be released online every second and fourth Tuesday of the month.
***
Via TheGuardian
Top Stories

Love In The Air! Ekiti State University Students Who Used To Read Together Wed After Graduation
Recent Stories