Men of the Federal Anti Robbery Squad have been accused of causing the death of some teenagers in Lagos. 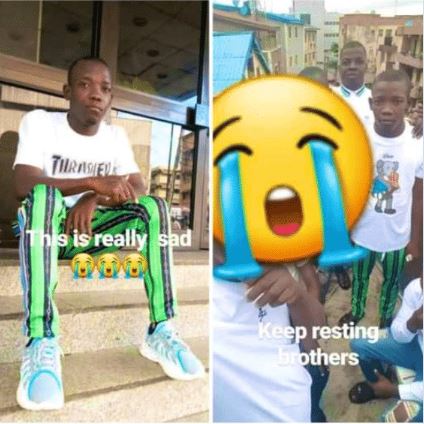 The victim was chased into the Lagoon by SARS operatives
A Twitter user with the handle @McSHAWZBEATS has alleged that men of the Federal Anti Robbery Squad chased 10 boys into the Lagoon in Lagos.
The young man claimed that two of the 10 boys chased into the Lagoon by FSARS are dead, 6 pulled out alive while 2 others are still missing.
The incident was said to have happened on Friday night, 11th of October.
He wrote:
“Men of the FSARS came to the Sea Side of Apongbon last night in guise of raiding & ended up pursuing 10 boys into the lagoon. 6 were pulled out alive in the morning with 1 dead and 3 still missing.”
the bodies of these two boys standing in the picture on the right have been found the others are still missing.”
See his tweet below: 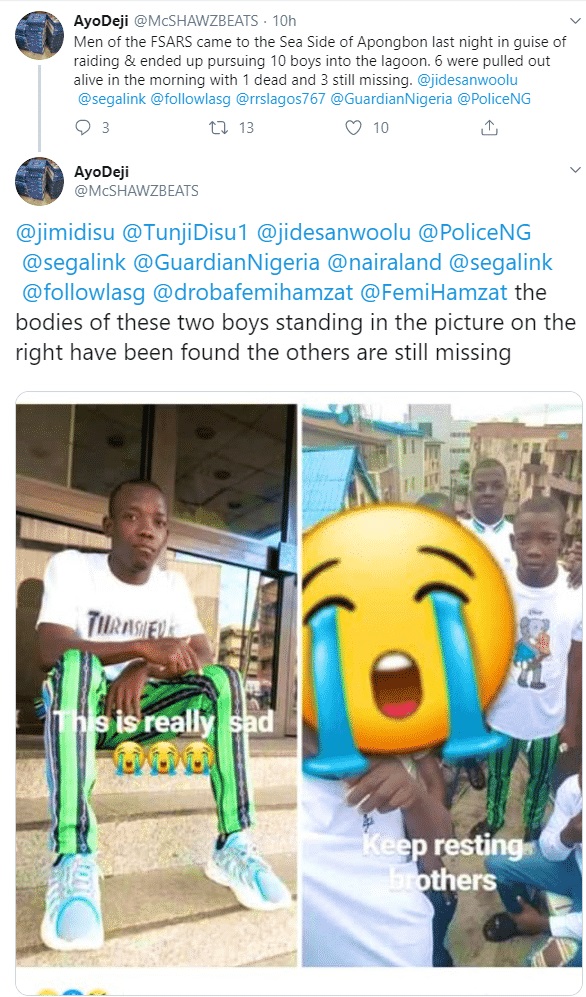